The announcements were made today by the president of the Arkansas High School Coaches Association, Eric Chambers of Beebe, who also announced the head coaches and coaching staffs for the All-Star Baseball, Softball and Soccer games held on June 20-21, 2017.

UCA associate athletic director Darrell Walsh welcomed the members of the AHSCA, the 2017 All-Star coaches and media representatives during the morning press conference.

This marks the 62nd anniversary of All-Star competition and the 14th for baseball, softball and soccer.

Dreher will be assisting Bald Knob’s Todd Finley, who was named the head coach of the East All-Stars. Chastan Carpino of Harrisburg and Deanna Carr of Amerel will also assist.

Friday will assist Tyler Woods of Beebe who was named the head coach of the East Boys All-Stars. Amanda Carter of Jonesboro Westside and Miguel Mondragon of Hamburg will also assist.

The West softball team will be coached by Farmington’s Randy Osnes with assistance from Sara Tew of Bauxite, Blue Kesterson of Poyen and Tamara Strawn of Sheridan.

The West Boys Soccer Stars will be coached by Brent Crenshaw of Siloam Springs with assistance from Darren Chandler of Prairie Grove, Stephen Peck of Rogers and Cory Sturdivant of Hot Springs.

In girls soccer, the East team will be coached by Larry Stamps of Searcy with help from Michael Klucher of North Little Rock, Kim Paslay of Brookland and D.J. Vincent of Little Rock Parkview

The West team will be led by Bijan Timjani of Texarkana along with Todd Eskola of Pulaski Robinson, Stephanie Mitchell of Prairie Grove and Michael Riba of Vilonia.

The 2017 Arkansas High School Coaches Association Coaches Clinic will be held on the UCA campus in Conway, June 20-23. 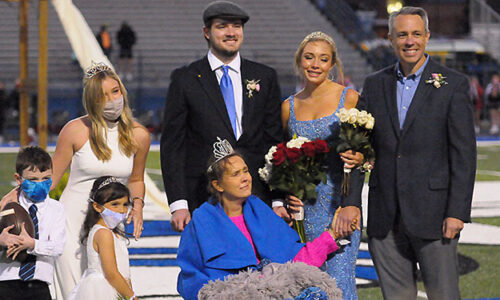