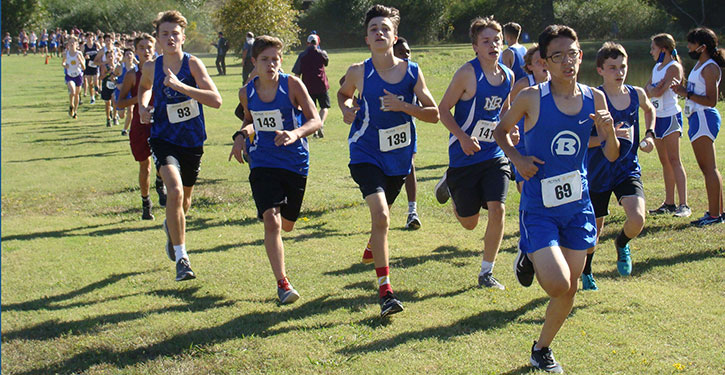 The Bryant Junior High Hornets, led by three finishers in the top 12, finished second in their division of the annual Danny Westbrook Bryant Hornets Invitational cross country meet on Tuesday at Bishop Park.

The Hornets finished with 72 points. Greenbrier took top honors with 41 including individual medalist Chris Palmer, who finished the course in 11:20.89.

“The junior boys were without their normal top two, with Payton Brack having moved up to the senior high team, and Brandon Avila out with an injury,” noted Hornets head coach Steve Oury. “They had several boys step up and run well. That is a testament to the great job Coach Sontreka Johnson and Coach Nicole Bradbury are doing at the junior high.”

“The Bryant coaching staff greatly appreciates all of the volunteers that helped to make this meet happen,” said Oury. “We couldn’t do it without them.”

The team is tentatively scheduled to run at the Lake Hamilton Invitational at Oaklawn Park on Saturday.