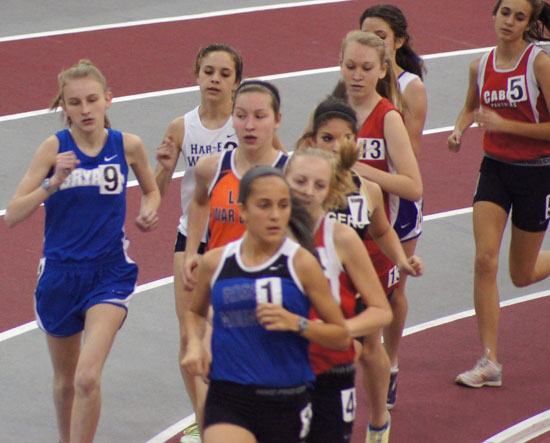 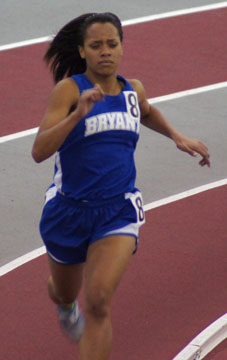 In the 800-meter run, sophomore Melinda Murdock took home a bronze medal with her third-place finish. Murdock ran a personal best 2:21.1. Top-three finishers at the meet of champions are also named Arkansas All-State.

Junior Hannah Raney broke the long-standing school record in the 3200-meter run. Raney ran 11:42.03 to take fourth place breaking the school record by one tenth of a second. The record was held by Erin Larson from 1994 at 11:42.14.

“Melinda and Hannah had outstanding performances tonight,” said Bryant coach Danny Westbrook. “Melinda is just incredibly versatile. She can do it all. She can run distance, hurdle, and jump. She had to really dig down deep to win that third-place medal.

“Hannah has been so close to that 3200-meter record all season,” he added. “I am so happy for her to finally get it in the last meet of the season.”

Murdock as well as sophomore Leah Ward will be competing in the Arkansas Heptathlon to be held in Hot Springs this Wednesday and Thursday. Junior Alexis Royal was scheduled to compete but is still recovering from a hamstring injury she suffered at the conference meet.