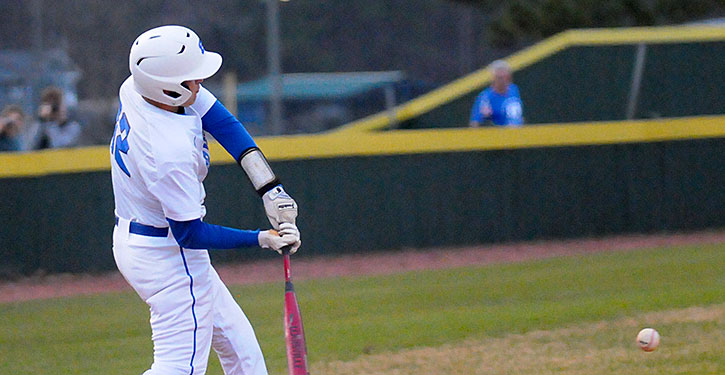 There’s a great tradition of excellence in pitching in the Bryant Hornets’ baseball heritage. You can take it back to the mid-90’s (and perhaps) farther with the big right-hander Ben Hickman and his teammates, Saxon Berry and Jeff Hartzke.

Now, there’s Austin Ledbetter and Will Hathcote and a bevy of hurlers with great promise for Hornets head coach Travis Queck.

It’s a staff that includes Brandon Thomisee, Garrett Wilson and Blaine Sears, who are seniors like Ledbetter and Hathcote; juniors Turner Seelinger, Logan White, Colby Morrow, Drew Hatman and Tyler Bates along with freshman Gideon Motes. And, after basketball is over, senior Aidan Adams and junior Kade Ruffner will add to the staff.

The Hornets are set for a benefit game at Hot Springs Lakeside today. They’ll officially open the season against Greenbrier on Monday at Pulaski Robinson with a game against Batesville on Tuesday. Bryant’s first home game will be its second 6A-Central Conference contest against Little Rock Catholic on March 18.

“To me, that is our brightest spot,” Queck said. “Our pitching staff has experience, has been challenged and has come through a lot of those challenges successfully.

“Hathcote has been a staple in our ‘pen for the last four years,” he continued. “What I always come back to with Hathcote is, just when I’m kind of not sure and maybe I’m putting him in a situation not conducive to him, he excels. He’s always proved me wrong. So, I appreciate having that solid foundation.

“Austin, we didn’t get to see last year,” the coach said. “He was about to get healthy for us before we got shut down. Austin’s been well known his entire life, it seems like. He’s always been — people play him differently. They get up. They get excited for it. The same way in football as a quarterback and any sport he’s ever played. So, he’s always seeing everybody’s best, and he’s always handled it with a workmanlike attitude. I appreciate Austin for that.”

Queck mentioned Seelinger “who exploded last summer,” he said. “I’m really impressed with him. Last year, he came into the last inning of a game as a sophomore with a runner on first and second and got us out of the situation. He did some really good stuff for us.”

“Aiden Adams had a huge summer too,” Queck continued. “We didn’t get to see him last year, but I feel strongly that he’s going to be able to come in there and help us immediately.

“Garrett Wilson had a big summer and a bigtime fall and spring, so far,” he mentioned.

“So, I’ve got a stable of guys. You go to Blaine Sears, who had a heck of a summer for the Legion program. Gideon Motes is a freshman that has a bright, bright future. Logan White, Colby Morrow, Brandon Thomisee and Drew Hatman — I can go down the list. I’m excited about these guys and what they’re going to be able to do for us.”

Of course, last season was a wash after the first five games. All spring sports were shut down due to COVID-19, costing a group of seniors their chance to finish their high school careers.

“They got to play in the summer,” Queck noted. “That was good for them, good for the psyche of these kids.

“The hard thing for me is not only did I lose last year with my guys, teaching the game, continuing to make progress, but I don’t know any of my opponents other than what you might possibly come across on social media,” he said. “Of course, that’s no different from anybody else.

“All I know is our coaching staff has the mindset of ‘What can we do today to gain that centimeter’s growth every day.’ That’s how we’re attacking it and our guys are doing a good job. They really took off this fall in the weight room. It’s probably the best year in the weight room that we’ve had, guys buying in, working hard.

“It was our senior class,” he asserted. “Our seniors have been bought in from day one. I lean on them quite a bit.”

Of the team, Queck said, “Right now, it’s getting these guys back on the field, playing together and getting everybody on the same page. As a staff, we’re getting there. You’re dealing with 15- to 18-year-olds so it’s a constant battle but I enjoy these guys. These guys have given me a lot.”

Senior Ryan Riggs will be the prime catcher with juniors Gavin Burton and Evan Barrett and sophomore Brady Brower vying for time. Ledbetter, too, is a possibility.

“If we can build some depth defensively,” Queck said. “Riggs is the quarterback of the team. He’s a leader, the backbone of what we’re trying to do. So, I don’t think I need to do that but, doubleheaders, you’ve got to look at wearing Riggs out. I’m hoping we can continue to develop Burton and Barrett and Brower and Austin can play defensively, whether he’s on the mound or shortstop, third base, first back — wherever we need him.

“We’re trying to find ways to create depth without using too many of the same guys,” he said.

“All those guys can play second through third,” said Queck.

Davis will start at second with Parker, Martin and senior Kyler Pabon behind him. At first, Motes and Morrow are competing for the job.

“We’re putting a lot on a freshman, but he’ll start there,” said the coach. “Colby’s done some good stuff and we’re hoping that we can rotate him in there.”

Adams will also get playing time at first.

“We’ve got guys,” Queck said. “How it’s going to turn out is dependent on the pitching. And the other positions will be determined by who’s on the mound.

“We’re always going to be pitching and defense but if you’re going to be a guy that’s going to hit the ball, that’s a valuable asset to us. It’s a fine line. You’ve got to be able to drive in more runs than you give up.

“To be fair to the pitchers, we’re always going to put the best defense out there,” he said.

The team has some speed in the outfield. Sophomore Jordan Knox, junior Lawson Speer, Sears, White, Wilson, senior Ethan Andrews and, perhaps, Adams figure to get playing time there.

“Tyler Bates has done some good things for us, reading the ball off the bat,” Queck said. “I wouldn’t hesitate to put him out there in a defensive situation.

“Again, we’ve got options. It’s going to come down to which option is better for the defense and which one is producing offensively.

“But we’ve had a lot of growth from those guys and I’m excited to see what they can do for us.”

Queck added, “When the season starts, development doesn’t stop. Our guys are going to keep plugging away and we’re going to do whatever it takes to get better.”