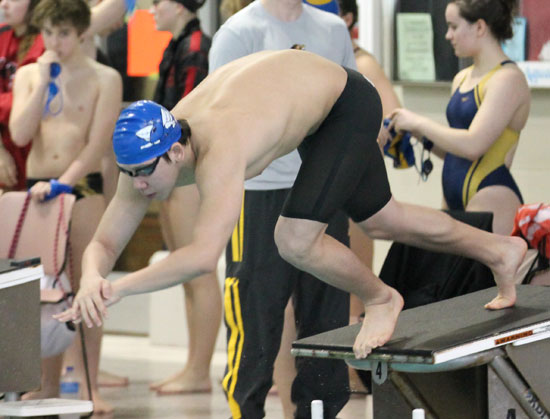 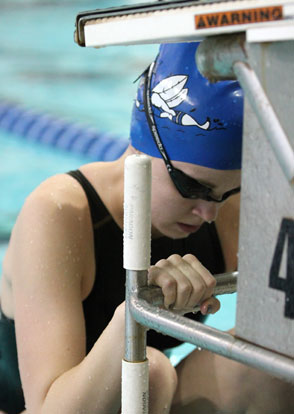 It’s the second year in a row for Butler to be all-State. She led the Bryant Lady Hornets to a sixth-place finish in the 31-team meet behind only Conway, Bentonville, Cabot, Mountain Home and Jonesboro.

Kang, a junior, led the Hornets to an 11th-place finish in a 26-team field, falling just 5 points short of tying Mountain Home for 10th place.

Butler’s record came in the 100 yard backstroke. Her time of 58.23 beat the previous State record of 58.30 set in 2010 by Lauren Tininenko of Bentonville and Shelby Cox of Pulaski Academy.

Butler also finished third in the 50 free with a time of 24.69 and joined two
Bryant relay squads, which won medals. (The top six finishers in each event earned medals.) 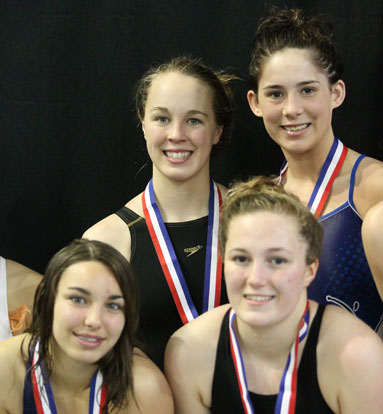 Justin Combs also earned a medal. He finished fourth in the one-meter dive with a score of 319.40.

In the diving competition, Bryant’s Kaitlin Howey picked up points with a 13th place finish. She earned a score of 137.95.

In addition, the 400 yard relay quartet of Sarah White, Smith, Julianna Shelton and Jackson picked up 13th-place points with a time of 4:27.53.

Adding to the Hornets’ scoring was Lucas Reitenger, who was 10th in the dive competition, earning a score of 201.65.

Each of the Hornets’ relays also produced points, topped by the 200 free relay team of Casey Ball, Andrew Ball, Ray Weldon and Kang. They placed ninth with a time of 1:39.65.

Bryant head coach Angel Dale expressed her pride in her team and extended special thanks to her assistant, Lisa Mundy, for her help this season. 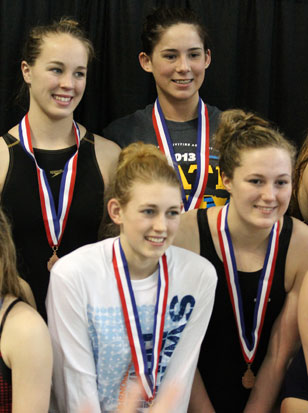 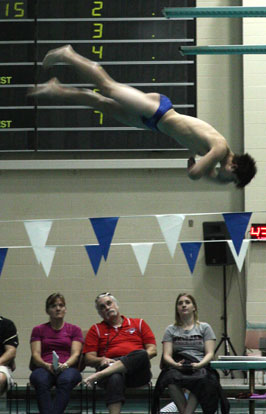 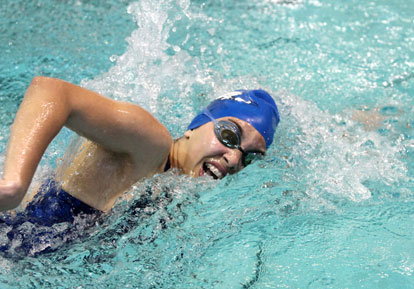 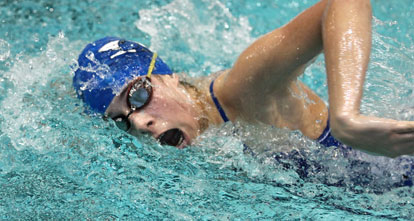 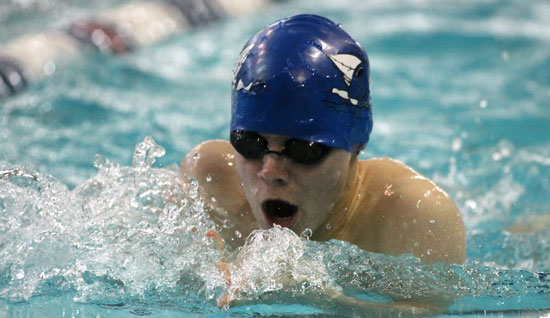 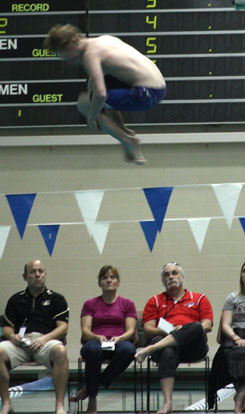 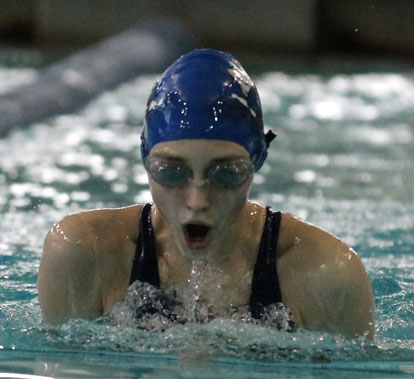