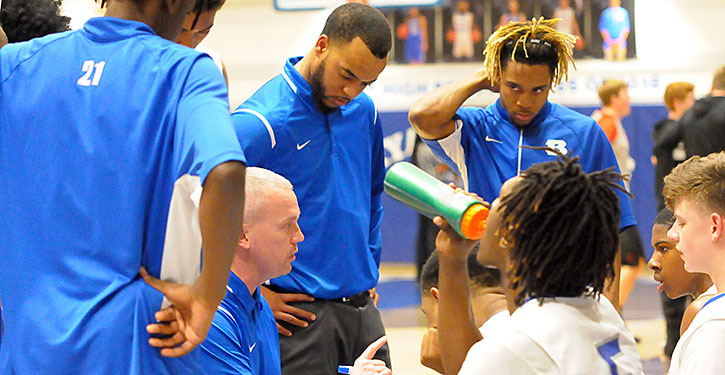 Cabot gets back at Bryant, improves chances for State 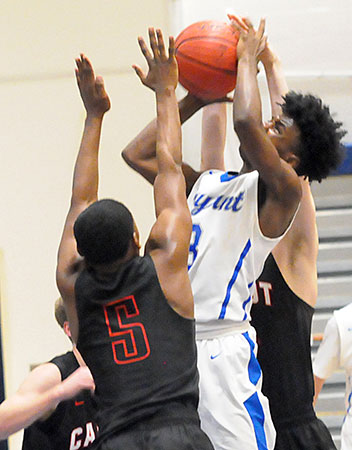 K.J. Merriweather (3) tries to get a show away in a crowd under the basket. (Photo by Kevin Nagle)

On Jan. 19, when the Bryant Hornets pinned a 46-44 loss on the Cabot Panthers on their own floor, it kind of turned the tide of the season for the two teams. Cabot had a double-digit lead inside the final four minutes of the game and the Hornets rallied to beat them.

Since then, the Hornets have gone 5-2 while Cabot’s gone 2-4. It’s the reason the Hornets have already clinched a bid to the Class 7A State Tournament and Cabot came into Friday’s return engagement in Bryant still fighting for a spot.

The Panthers were also determined to get a little payback for that previous loss, which they felt they’d blown.

It was nip-and-tuck for three quarters-plus. The game tied at 34 going into the final seventh minutes of play when the Hornets, who struggled to hit shots much of the game, went cold and, sparked by senior Jalen Brown, the Panthers reeled off an 8-0 surge that the Hornets couldn’t make up. Cabot got its vengeance with a 51-39 victory and kept its hopes alive for a State bid.

Bryant, now 7-5 in league play, retained sole possession of third place with Conway’s loss to Little Rock Central. Cabot, now 5-7 in the league, is tied with Fort Smith Southside for fifth place with Central on their heels at 4-8. 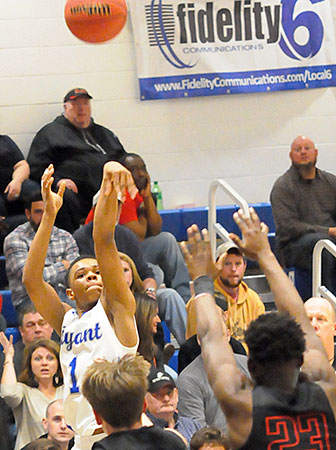 At the top of the league, North Little Rock edged Fort Smith Northside on Friday to forge a first-place tie.

Bryant plays at North Little Rock on Tuesday before closing out the regular season at home against Conway in what figures to be a battle for third.

For Cabot, Brown finished with 23 points. No one else on either team scored in double figures. Khalen Robinson and Deron Canada each had 9 to top Bryant. Any one of Bryant’s five starters can score in double figures, particularly Robinson and Canada lately. Canada, a senior, was coming off games of 28 and 28 points, respectively.

But Cabot paid special attention to Canada who scored 8 of his points in the first quarter.

“We knew and talked about how we were going to get their best shot and we did,” said Hornets coach Mike Abrahamson. “And you know? They deserved to win. They played better than us. They executed offensively and made it real tough for us defensively, especially in the second half, to get shots that we wanted. So, we settled or turned the ball over. 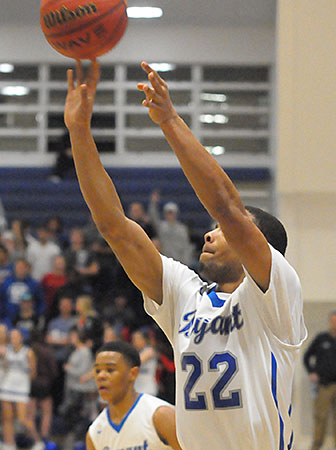 Deron Canada was held to just two 3-pointers after hitting 15 over the last two games. (Photo by Kevin Nagle)

“They’re a good senior-laden, disciplined team,” he added. “Not only are they seniors but they’ve been learning what they do since the seventh grade. Coach (Jerry) Bridges is in there at their seventh-grade practices and we’re not able to do that here. Our kids, compared to them, are a little bit behind on what we want to do here.

“I don’t want to take anything away from them,” the coach continued, “but I am disappointed in the product we put on the floor tonight. Seemed like a lot of freezing, just freezing in a spot instead of playing the game like Cabot did. They came to play, and they played to win. I think we just kind of hoped they’d miss then hoped we’d make it and hoped we’d win when we didn’t actually go and earn it and deserve it.”

The coach dismissed the idea that his team was flat after winning three in a row to nail down a bid to State. Still, it looked like the focus was a little off. Shots they usually make weren’t falling and passes were uncharacteristically getting through their hands.

“I don’t think we’ve been practicing well,” he said. “I’ve been having to really challenge them to get the effort that we want. And we usually get it, but it’s not just been automatic lately. And I’ve been warning them, you can’t practice like that, you can’t play like that. It’s going to carryover. It’s going to come back and bite us. 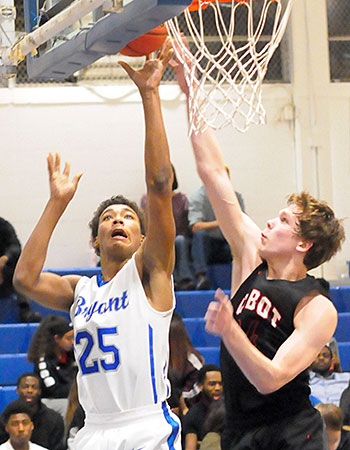 “We can’t just play the game and think that we can just come back if we’re down. We have to play to win it over four quarters. We haven’t had a lot of games — even those that we won — where we have put together four solid quarters. That’s what it’s going to take. That’s what we keep talking about.

“Sometimes we play a good-enough three quarters to be able to win. Tonight, we played a decent first half. Still, at that time, we’re not closing out. We’re not preventing them from whipping that ball around the key. We’re just trailing the ball and that’s not what we want to do.”

The Hornets fell behind 10-2 initially but then Canada got free for a pair of 3’s then scored inside to make it 10-10 before Mario May scored in the final minute to give the Panthers a 12-10 edge.

The Hornets held Cabot to 3’s from Jackson Muse and Christian Weir in the second quarter and surged into the lead. Rodney Lambert had all 8 of his points during that stretch including a 3 with 1:18 left in the half to put Bryant up 20-18. He added two free throws with :35.1 showing to make it 22-18 at the half. 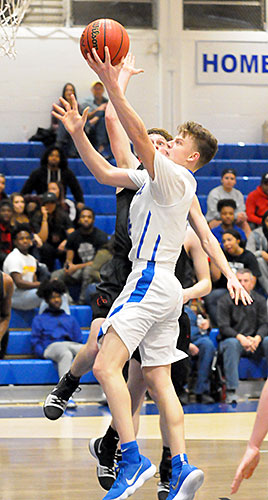 To start the fourth quarter, Brown hit a 3 only to have Chumley answer in kind to make it 34-34. A layup by Brown gave the Panthers a lead they would not relinquish the rest of the way.

The Panthers became even more deliberate on the offensive end. May got free for a layup as the Hornets started to extend their defense. Jacob Hudson got lost in the scramble and was wide open for a basket inside with 2:26 left that had Cabot ahead 46-37.

As the Hornets continued to struggle on the offensive end, the Panthers started a procession to the free-throw line and hit enough to forge the win.

Bryant tried the trapping defense that allowed them to rally at Cabot, but the Panthers were ready for it and handled it much better this time.