The Bryant freshman dance team performed a Christmas routine during halftime of Monday’s basketball game between the Hornets and the Catholic Rockets. 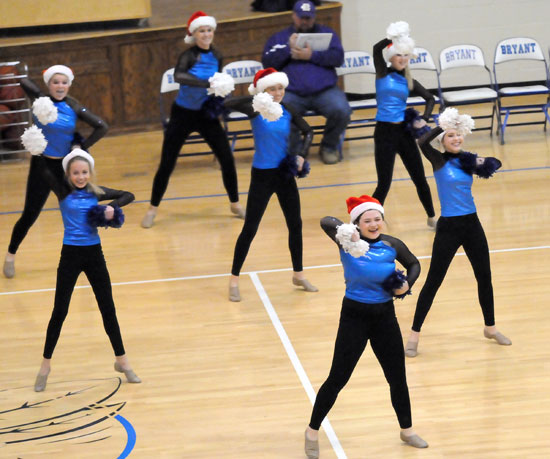