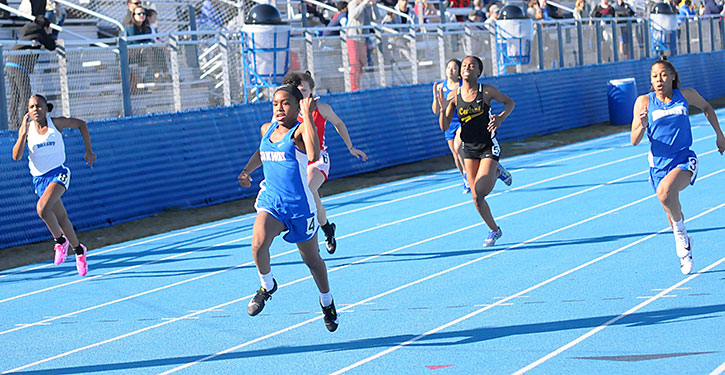 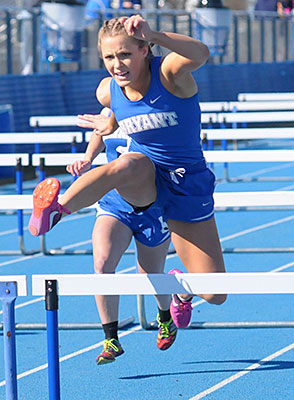 The Lady Hornets finished with 140 points. Benton won it with 162.5 points. The Bethel eighth grade team was sixth with 48 and Bryant Middle School was eighth with 6.5 points in the 10-team field.

Bryant’s eighth grade teams were separated out unlike the other schools in the competition. 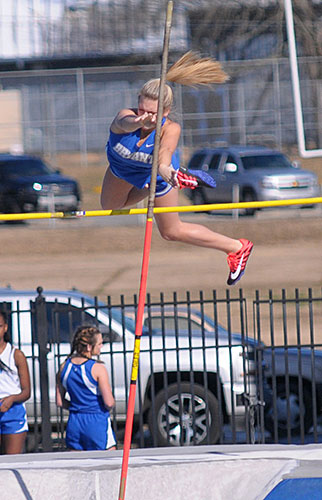 Reynolds also lent a leg to the Bryant freshman 4×400 relay team, joining Caliyah Thomas, Madelyn Thomas and Sydney Dettmer in turning in a 4:40.49 to place second to Benton’s 4:33.46. Bethel’s team of Ashlyn Barnett, Isabella Jackson, Yasmin Amlani and Margo Gilliland was third in 4:43.57.

In the other relays, the freshman team of Caliyah Thomas, Madelyn Thomas, Jaiyah Jackson and Amya Smith was third in the 4×100 with a time of 53.80. Bethel was fourth in a time of 55.04, run by Erin Ives, Ashlyn Barnett, Godwin and Alana Gould. Bryant Middle School’s quartet of Daria Greer, Nikayla Murphey, Akieira Craig and Star Haney was seventh in 57.19. 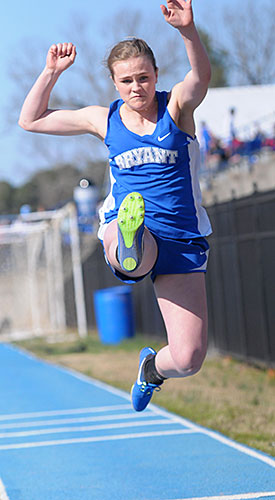 In the 4×800, Bethel’s McCallister, Kimberly Hernandez, McKenzie Hicks and Gilliland teamed up for an 11:02.07 to take third. The Bryant freshmen Madison Dettmer, Madison Moore, Aryn Stiles and Sydney Dettmer finished fourth in 11:09.72.

In the field events, Rabon had the top finish for Bryant, claring 7’6” in the pole vault. Benton’s Payton Fleeman won by getting over at 8’0”.

Skylar Risk was third in the high jump at 4’7” and fourth in the triple jump at 30’9.5”. In the former, Mallorie Scott-Smith was fifth at 4’2” and Jenna Harper of Bryant Middle School was seventh, clearing 4’0”. In the latter, Sydney Dettmer covered 29’9.5” to place sixth with Bryant Middle School’s Kourney Scott eighth at 27’3.5”. 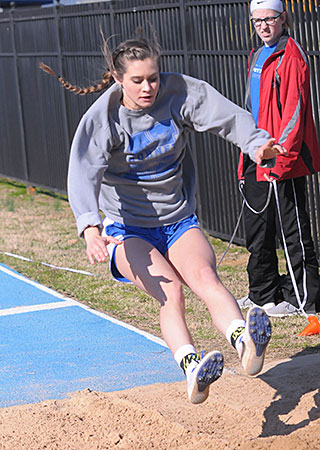 We had a lot of personal best times and distances,” said Lady Hornets freshman coach Lawrence Jefferson. “I’m pleased with our effort. The girls are improving and working hard every day.” 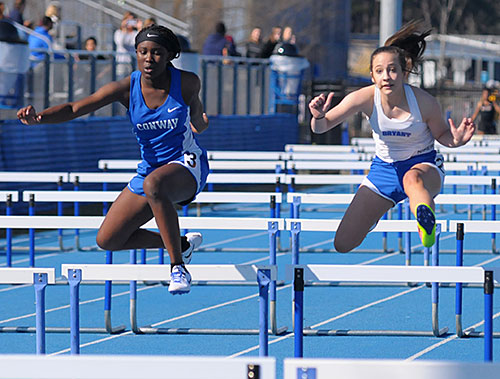