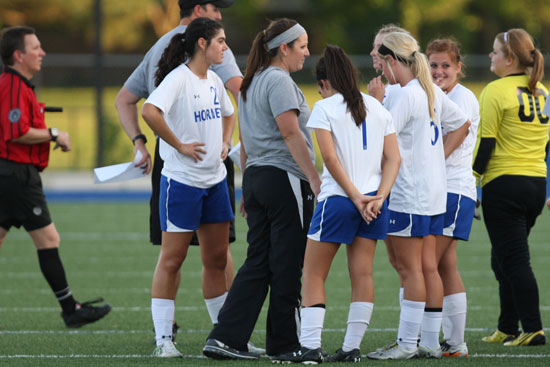 When the Bryant Lady Hornets and Conway Lady Cats met the first time, it came down to[more] one goal. Conway got it and managed to hang on for the win. In the rematch on Tuesday evening, one goal wouldn’t do it. The two team, who are the cream of the crop in the 7A/6A-Central Conference went to a shootout where Conway got the best of the penalty kicks, 2-0. 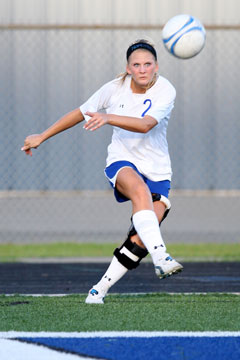 The Lady Cats thus clinched the conference championship, remaining unbeaten against the league with matches against Van Buren and Russellville left. The Lady Hornets, their only two conference losses narrowly to Conway, can clinch second place, the second seed to the Class 7A State Tournament and the first-round bye that goes with it, if they can beat Mount St. Mary Academy on Thursday or Cabot on Friday.

Tuesday’s heartbreaker was particularly tough because the Lady Hornets have been so good in shootout penalty kicks in recent years. But, this time, they couldn’t get one of their four attempts into the net with one of them saved by the keeper.

“We never do that,” noted Lady Hornets head coach Julie Long. “That’s uncharacteristic of our team.

“I got out-coached tonight,” she added. “There were just a couple of stupid things that I feel like if I could go back and do it differently I would, as far as preparation for the game and as far as just coaching during the game. 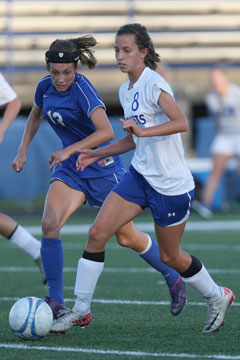 “I wouldn’t change who I had in there,” she mentioned, regarding the PK’s.

Conway got its first attempt to go then Bryant keeper Kaitlyn Miller saved the second. But when a third got through, the Lady Cats had survived Bryant’s bid to pull even in the standings.

Of course, the Lady Hornets would like nothing better than to play Conway again. Chances are, that would have to be in the State championship game at the University of Arkansas in Fayetteville.

“They’ve kind of had our number,” acknowledged Long. “We’ll get them eventually.

“We’ve just got to bounce back,” she noted. “We still have got to finish out strong. We don’t want this one game to be a difference-maker for the rest of the season. We’ve got to get focused for Mount on Thursday now.”

In Tuesday’s match, neither team scored in the first half. Bryant took the lead around the 26-minute mark of the second half when Shelby Gartrell dropped the ball back to Maggie Hart, who drilled her shot. 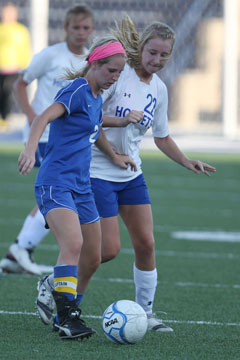 It stayed 1-0 until around 15 minutes were left and Conway tied it on a similar play, a drop ball and shot.

“It got underneath Miller,” recounted Long. “She dove for it and just missed it.

“A lot (of the game) was played in the midfield,” the coach added. “Both teams played really hard and, obviously, for us to tie them, we had to play well.

“It was hard,” she acknowledged, “but we’ll bounce back, I have no doubt.” 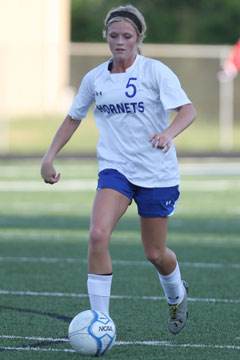