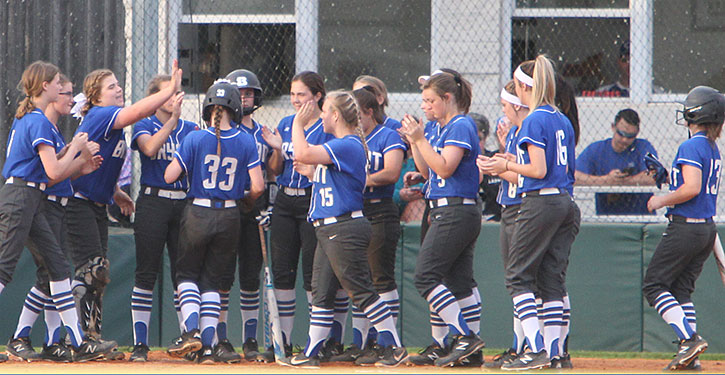 CONWAY — McKenzie Campbell blanked the Bryant Lady Hornets over the first four innings as her teammates built an 8-0 lead on Monday, leading to an 11-3 win in 6A-Central Conference play.

The game had no bearing on the league standings nor seeding for this week’s State tournament.

Bryant, now 18-11, finishes league play with an 8-6 record. The Lady Hornets will be the number four seed from the league for the 6A State Tournament in Bentonville starting Thursday. They’ll play at 3 p.m., against the 5 seed from the 6A-West, either Fayetteville or Van Buren.

The Lady Hornets are set to finish the regular season with Senior Night festivities on Tuesday at home against Benton.

Conway finished the regular season, 18-7 and 10-4. The Lady Cats will be the third-seeded team from the Central.

Conway led just 3-0 through three frames but then struck for five runs in the fourth.

On the first pitch of the bottom of the first, Harris put Conway on the board. In the top of the first, the Lady Hornets got two aboard when Caitlin LaCerra’s bunt was misplayed and Thompson beat out a bunt for a hit.

Shelby Reed opened the bottom of the second with a single, advancing to second on a groundout. Tyler Reed singled then Campbell sliced a double down the right-field line to make it 2-0.

Thompson’s second hit came with two out in the top of the third. She was stranded.

Singles by Addison Jordan and Madeline Bruce on either side of a one-out walk, filled the bases for Conway in the home third. With two out, Campbell drew a walk, which forced in a run, making it 3-0.

A two-run double by Thompson with two away in the top of the fifth got the Lady Hornets on the board. Herring and Joely Calhoun each singled to set the table for Thompson.

Conway, however, countered with three more runs in the bottom of the fifth as Jordan and Teague went back-to-back.

Chism’s homer came with two out in the top of the seventh. LaCerra beat out a bunt single then Thompson hit another line drive only to have it carry out to Harris is center for the final out of the game. 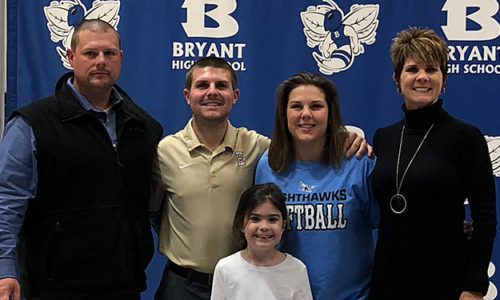