A collapsing zone defense by the Vilonia Lady Eagles eighth grade team made it[more] tough for the Bryant White Lady Hornets of Bryant Middle School to get much inside in the 2011-12 regular season opener for both teams Monday night. Left to shoot from the outside, the Lady Hornets struggled to get their shots to fall and Vilonia took advantage for a 34-13 win. 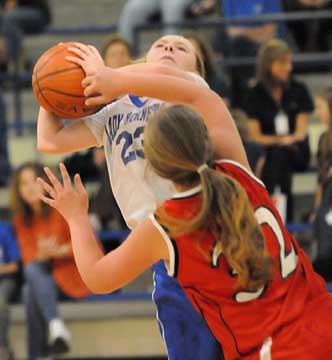 Though it wouldn’t have been enough to change the outcome as it stands, it could’ve been much closer had the Lady Hornets been able to connect on their free throws. What penetration into the zone they could get produced 21 free throws but they could only sink six.

Davis led the Lady Hornets with 7 points. Brown, Ward and White each had 2. 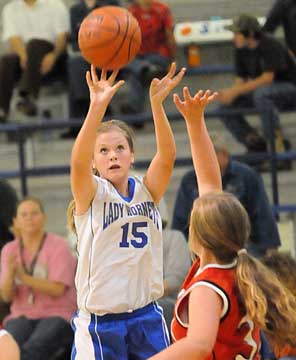 Bryant managed just 2 points, on a driving shot by Davis, during the third quarter as the lead ballooned to 28-9.

Davis hit two free throws with 4:30 left in the game and, moments later, made a steal that led to a layup by White to make it 28-13 but that was as close as the Lady Hornets could get.

Bryant White returns to action at the Anthony School Classic on Monday, Nov. 14. 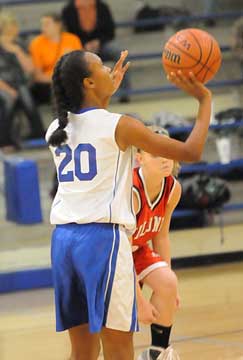