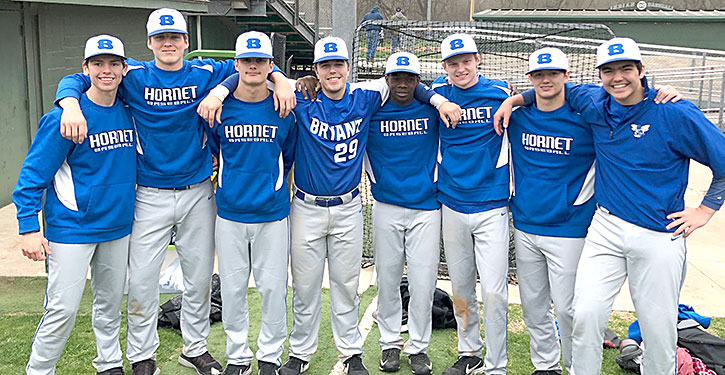 It would’ve been their time to shine.

Several of the seniors on the 2020 Bryant Hornets baseball team had played only sparingly as sophomores and juniors but all of them figured to play key roles for the Hornets this season. But, due to the response to the COVID-19 pandemic, their senior season, like all the other spring sports, was wiped out. Though there’s a chance they could still play some summer baseball, they’ll never know what they might’ve accomplished in their final high school campaign.

Had they been able to play, a lot of that work would’ve been done by now as, today, the Hornets would’ve celebrated Senior Night in conjunction with their final home game against the Cabot Panthers.

As juniors, they helped the Hornets compile a 27-5 record, and the championship of the 6A-Central Conference with a 13-1 mark.

“This senior class was my first group to coach their entire high school career,” noted Hornets head coach Travis Queck. “I remember them coming in as freshmen wide-eyed and eager to learn.

“As a group, they were very unselfish,” he said. “They would be the type of teammates that pick you up after a mistake, walk up to the plate and execute what the team needed, or grab a job in the dugout to help the coaches out.

“I absolutely hate that these guys lost their season,” the coach continued. “As always with this group, they will learn, adjust, and be better from this experience. I expect these guys to be very successful individuals as they become adults and one thing will be certain, they know how to work!

“These guys will always be a Bryant Hornet and we wish them the best moving forward!” he concluded.