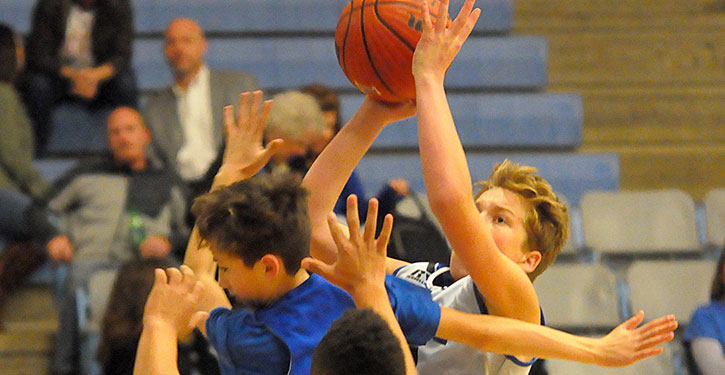 HOT SPRINGS — The Hot Springs Lakeside Rams seventh grade team scorched the nets for a 35-15 lead in the first half on the way to a 49-23 win over the Bryant Blue Hornets seventh-graders of Bethel Middle School on Thursday night.

“We played two 20-minute halves with a running clock,” noted Bryant Blue coach Steve Wilson. “We ran up against a buzz saw in Lakeside on their home court. We missed some good shots early and never got going. We had passed the ball so well the previous game, but the time was off tonight.”