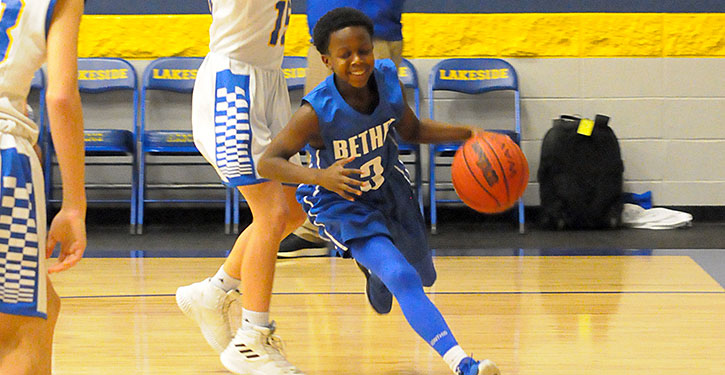 HOT SPRINGS — The Bryant Blue Hornets eighth-grade team of Bethel Middle School never got it going on Thursday night and the Hot Springs Lakeside Rams handed them a 36-13 setback.

Lakeside grabbed an 11-3 lead by the end of the first quarter with the Hornets’ lone points coming on a 3-pointer by Destin Jenkins.

“It was an ugly game on our end,” said Hornets coach Steve Wilson. “The improvement that I thought we had shown on Tuesday disappeared. We came out flat and had trouble scoring.”

The Hornets return to action at home on Tuesday, Jan. 29, at home against Cabot South.