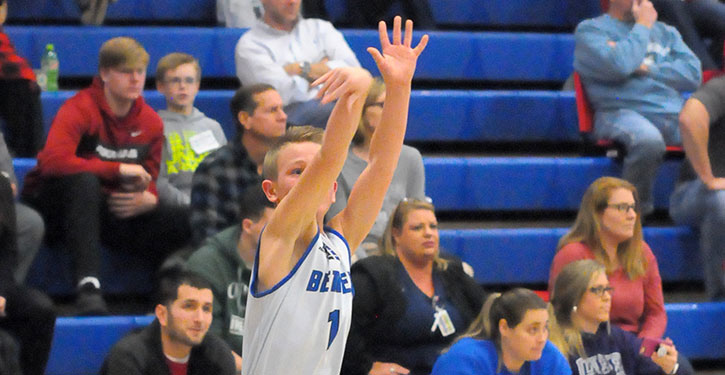 The Cabot South Panthers seventh-grade team jumped to a 14-6 lead in the first quarter on the way to a 34-24 victory over the Bryant Blue Hornets seventh-graders of Bethel Middle School on Tuesday night at the Bethel gym.

“I thought we shot ourselves in the foot early by failing to work to protect the ball and then giving up too many second shots,” said Bethel coach Steve Wilson. “We let ourselves get down 10 early and could never make up much ground.”

The Hornets outscored the Panthers 10-7 in the fourth quarter.

Bryant Blue, now 7-5, returns to action on Monday, Feb. 4,, at North Little Rock before closing out the season on Tuesday, Feb. 5, at home against Cabot North.