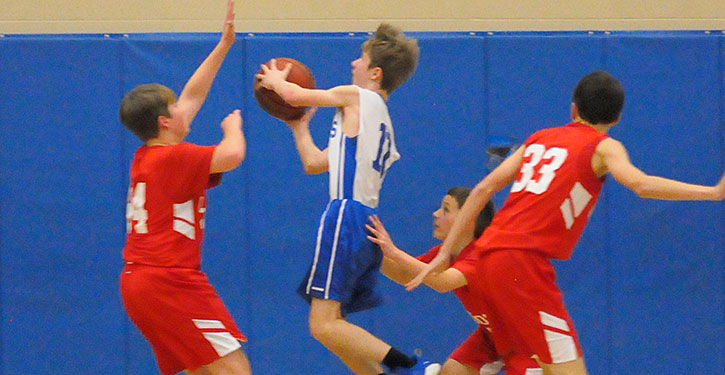 After a close first quarter, the Cabot South Panthers eighth grade team put together a 21-point barrage in the second quarter to take control of their game against the Bryant Blue Hornets of Bethel Middle School on Tuesday night at the Bethel gym.

The Hornets were within 7-6 at the end of the first period but it got away from them in the second. It was 28-16 at the half. Bethel managed just 2 points, a basket by James Billingsley in the third quarter as the deficit grew to 36-18.

“I thought our kids played hard, but we gave up too many points in the second quarter,” acknowledged Bethel coach Steve Wilson. “We then had trouble scoring in the third quarter and it go away from us.”

Bryant Blue is set to return to action on Thursday at Conway White. They close out the season on Monday at North Little Rock and Tuesday at home against Cabot North.