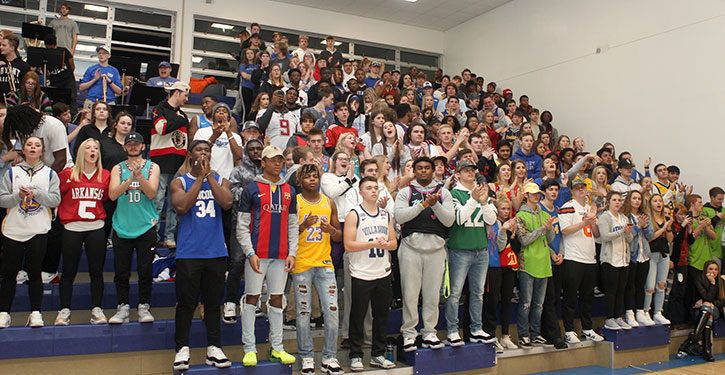 The Bryant Hornets captured their first conference championship since 1989 with a 66-53 win over the North Little Rock Charging Wildcats on Tuesday night in what may be the final game played in the Bryant High School gym.

The gym was built in 1968 when the school was much smaller than today’s Class 6A classification indicates.

Plans are for a new gym, part of a new Physical Education building, to be ready for the 2019-20 season, barring construction setbacks like weather.

The finale drew the best mid-week crowd of the season with the Hornet Swarm student section well represented along with the BHS Air Force ROTC color guard and a pep band, part of the Legacy of Bryant marching band, on hand.

It was also Senior Night with not only the five senior basketball players for the Hornets and Lady Hornets honored but the seniors on the school track team, as well.