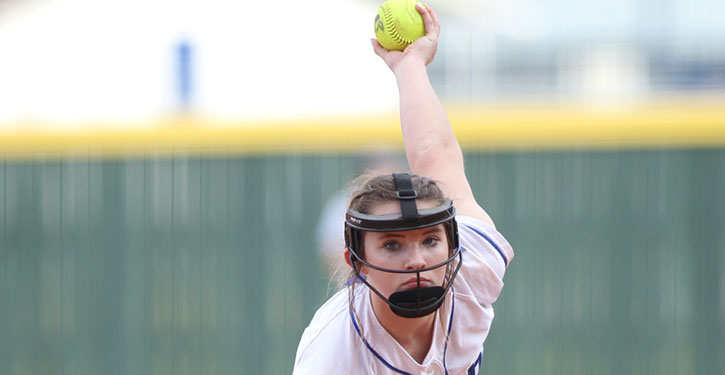 With an influx of talented freshman around a veteran core, the Bryant Lady Hornets softball team gets its first taste of action in 2019 today when they host Sylvan Hills in a pre-season benefit scrimmage (weather permitting).

The last two seasons, the Lady Hornets were expected to win big with a veteran group that went 27-1 in conference play and 36-10 overall for back-to-back league titles but bitterly disappointing setbacks in the semifinals of State tournament play that undermined their goal of winning a State crown.

“We are younger,” Dreher acknowledged.

As it stands, the coach is looking for freshman Regan Dillon to step in at catcher to allow Chism, a two-time all-state player there, to move to shortstop.

“She looks so good,” Dreher said of Chism at short. “She’s hands down the best shortstop I’ve ever had.”

Dillon, who underwent surgery 10 days or so ago, hadn’t been able to work much, particularly defensively.

“She’s very green back there, has a lot to learn,” said Dreher. “I have to be very patient, but she definitely has the potential. She’s a huge power hitter but her catching will have to catch up to her offensive strengths. I’m hoping she can be in the lineup and back Meagan up, where they can’t just pitch around Meagan.”

Hulett, a lefty pitcher, was a phenomenon as a freshman and was on her way to strong sophomore season when she suffered a knee injury that required major surgery.

“Understandably, like she’s not 100 percent,” the coach added. “I think physically she is and could be, but she isn’t going for it yet. In the outfield, she’s diving all over the place, but she’s had a battle emotionally. She’s done well with it, but she’s had to battle it.”

Backing up Hulett on the mound will be junior Hannah Work.

“At the end of last year, I thought it would be Alexis (Helton) but Hannah Work has really worked,” the coach related.

“I’m not saying it’ll be a Raven-Gianni combo, but she’ll be able to come in and help us,” Dreher said, referring to the two-pitcher per game rotation she’s had the last two years with Hulett and graduated right-hander Raven Loveless. “She has to grow and get confidence in big-game situations, but she’s worked extremely hard. I didn’t expect her come back in the fall like she did. But she got in shape and she’s working hard at it.”

“We’ve got a lot of pitchers but, as far as putting them in a varsity game, Hannah’s probably the only one, right now,” she added.

Thompson returns to third with Suarez at second. “With the possibility of pulling Aly in from right field to play second,” Dreher mentioned.

“First base, I like (freshman) Christine Mefford a lot,” the coach continued. “She’s so quiet but she’s got a good head on her shoulders for the game. She runs bases at a varsity level, does everything at that level.

“Lexi or Hannah Work could play there too,” she added. “Work has been a streaky hitter. She’s fixed a lot of holes in her swing that she had last year. But that kind of comes and goes when we’re scrimmaging. In the cage, she’s just awesome.”

Along with Bowers in right, Dreher mentioned another freshman.

“Caitlin LaCerra,” she said. “I was going to put her in center because she’s lightning-fast. But then, Bella, her breaks on the ball remind me of (former Lady Hornet star) Macey Jaramillo. She’s not fast or anything but her angles are directly to where the ball’s going to be.

“So, I’m thinking she’ll be in center,” the coach related. “LaCerra just needs 10 buckets of balls hit to her. Offensively, I think she’s going to be a (former Lady Hornet) Reagan Ryan. She’s faster and she reads the defense. She lays a bunt down and there’s no getting her. We’ll put her in left.”

“I hope people are underestimating us,” Dreher said. “I think these girls do have potential to surprise people, but everybody in the conference is better than they were last year.

“I sound overly confident but, just our defense as a whole, we’re not deep at all but it has the potential of being a better defense than last year’s,” she added. “But there’s so many ninth-graders, it’s going to take a while.

“This is one of the strongest offensive teams I’ve had in a while,” the coach mentioned, praising strength and conditioning coach Chris Jordan. “I think he’s played a big role in it. Chris Jordan is awesome. I love it. He gives us time to plan for softball, just managing a (weight) program that made sense and keeping up with their progress. But he does all that for every single team. I have no idea how he does it. I definitely think we have an advantage.”

Bryant’s official opener is set for Friday, March 1, at home against Camden Fairview.