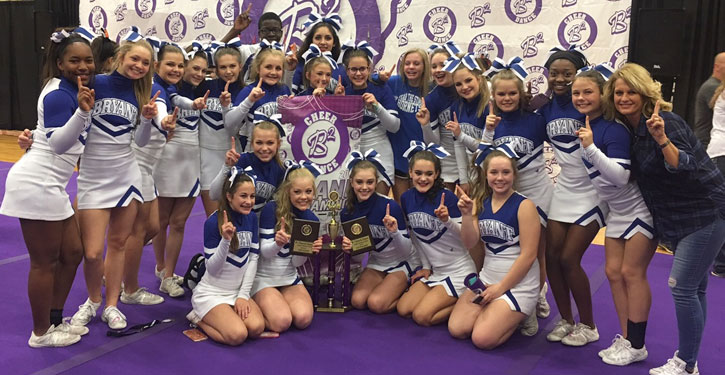 The Bryant Hornet Freshman Cheer squad took top honors in Class 7A at the Maumelle Invitational competition on Saturday, Nov. 5. In addition, the team was tabbed as best in Stunts, best Pyramid and named junior varsity Grand Champion.