The Bryant Lady Hornets freshman volleyball team played their first home match on Thursday but the Mount St. Mary Academy Mounties spoiled it for them, 15-25, 18-25, at Bryant Middle School gym.

“We struggled again with serve-receive and digs,” said Lady Hornets coach Lawrence Jefferson, referring to the team’s struggles in its opener at Lake Hamilton on Monday.

Bryant plays this Saturday in a tournament hosted by Benton. 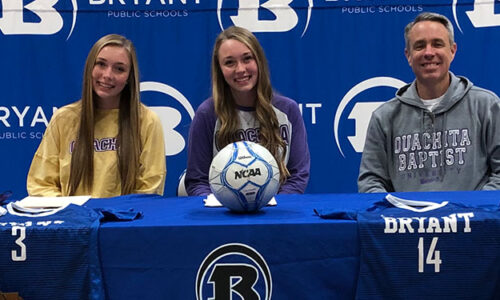