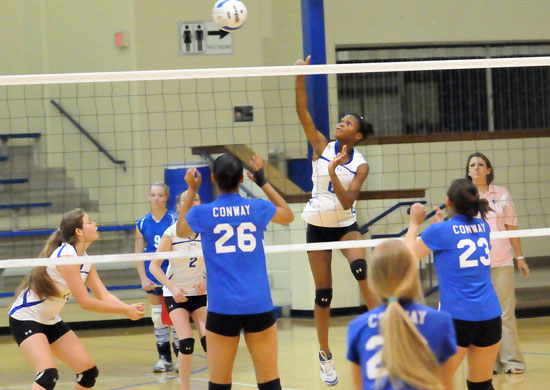 The Bryant Lady Hornets freshman team won its second match in a row and third in the last four outings with a 25-16, 25-23 decision over Conway Blue at Bryant Middle School gym. 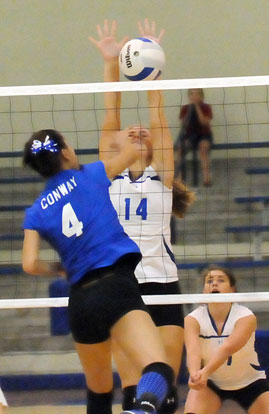 Kasey Ward and Brianna Ware each served up two aces. Kennedy, Dillard and Blend each had one as well. Hill and Dillard also contributed blocks while Dillard added a team-high eight digs. Delaina Brown had five digs and Blend four.

“The girls played well,” said Lady Hornets coach Julie Long. “They played pretty consistent through the game. Sarah Kennedy had a great game and our passers did a good job digging the ball.

“The girl got better, and essentially that is what we are working towards,” she added. “Our big focus this week has been to get better, and I feel like they did. The entire team contributed to the game. Our bench was loud throughout the whole match and that makes a world of difference.” 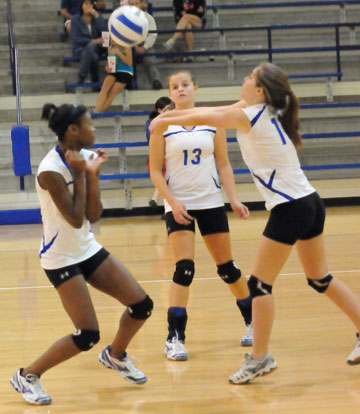 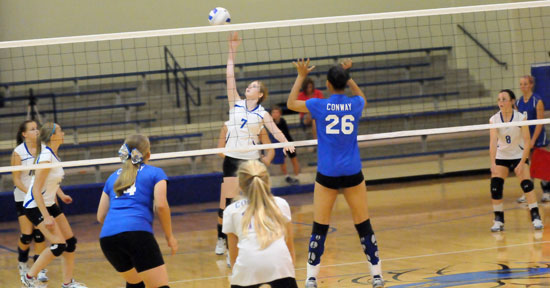 Brooke Snyder goes up for a hit in front of teammate Brianna Ware (8). (Photo by Kevin Nagle)