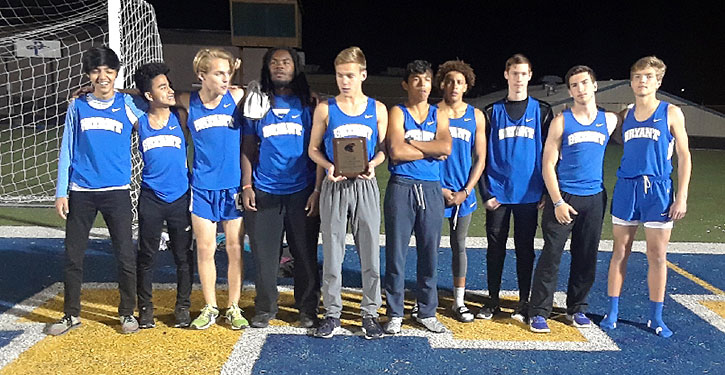 SHERIDAN — Led by Bresner Austin and Hagan Austin, Bryant Hornets freshmen swept the top three spots in both distance races as part of a dominant performance at the Sheridan junior high invitational track and field meet on Thursday.

Bryant also swept all three relays and accounted for first-place finishes in eight events while piling up 177.5 points. Watson Chapel was a distance second with 117 points in the seven-team field of boys’ teams.

The Hornets capped off their meet championship with the 4×400 relay team of Henderson, Gregory, Sabino Olvara and LeQuav Brumfield combining on a 3:52.88 to beat Sheridan (4:00.30).

Bahnks scored for the Hornets in four other events, most notably in the triple jump. He covered 38’1”, just short of the 39’10.75” turned in by Watson Chapel’s Sydney Smith. Brumfield was seventh at 33’4.5” with Kaleb Shorter eighth at 32’10” for Bryant.

Olvara and Albert Reddick added to the Bryant score in the high jump. Both cleared 5’0” to tie for eighth.

The Bryant freshman team has one more regular-season meet. It will be April 12 at Conway.