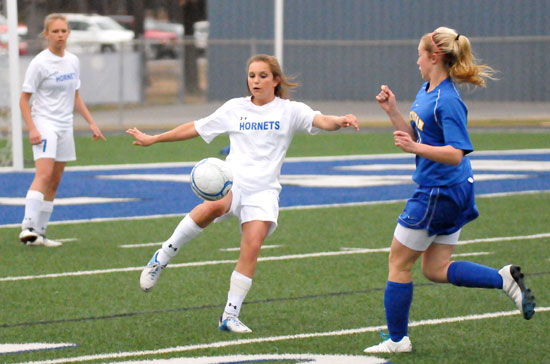 It was almost like starting the season all over again when the Bryant Lady Hornets soccer[more] team ended a 17-day span since their last match on Friday night. Despite that, however, they were able to ease to a 7-1 win over a Sheridan Lady Yellowjackets team that had only given up seven goals the entire season through nine matches. 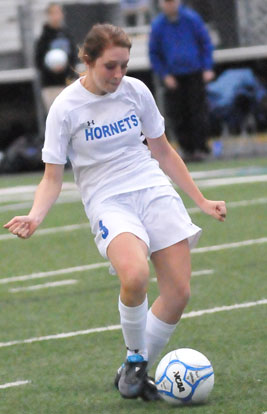 Both teams came into the contest with 7-1-1 records. The Lady Hornets are now 2-0 in the South Conference, their lone loss on a shootout that went down to the final penalty kick against Rogers. Sheridan is 2-2 having defeated Lake Hamilton and Benton while also losing to El Dorado in league play.

“We’ve been off for a while and you could tell it,” commented Lady Hornets coach Julie Long. “We played on our heels a lot. You could tell we’d been on a break. Our passing wasn’t like it has been. Almost everything we scored was off of a breakaway.

“We’ve got three games next week and hopefully we’ll get back on track,” she added.

Along with a JV match on Monday against Russellville, Bryant plays at Texarkana on Tuesday then hosts Cabot on Thursday and Lake Hamilton on Friday.

The Lady Hornets had a lead before the first five minutes of the match had passed. Gartrell found the back of the net off a feed from Jacie McMahan. Two minutes later, Bailey Gartrell added a goal with an assist from her older sister Shelby.

With 25 minutes still to play in the opening half, Rori Whittaker knocked one past the keeper off a feed from Lexie Balisterri and five minutes later, Katie Barrington assisted Shelby Gartrell for her second goal to make it 4-0.

Sheridan managed a goal off a free kick before the half was out.

“It bobbled around in the box and then they finished it,” Long mentioned.

But the Lady Jackets got few chances in the second half. Shelby Gartrell got the hat trick then assisted on a goal by Anna Lowery to make it 6-1.

To cap off the scoring, Hailey Levinson drilled the final goal. 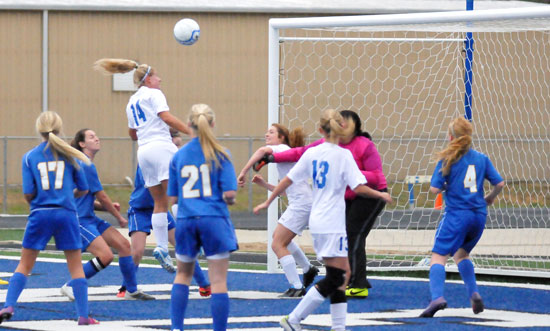