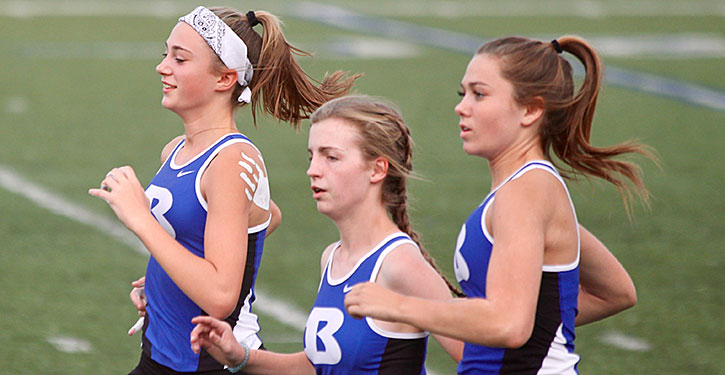 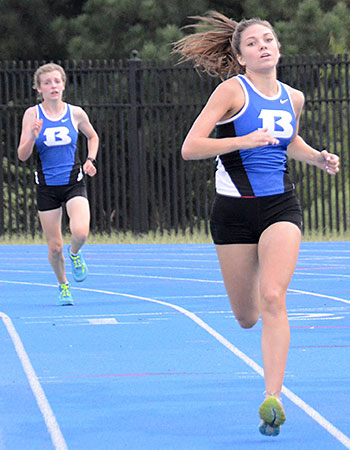 Abbie Patton and Madison Dettmer finished 1-2 to lead the Black team to the team title in the annual Bryant cross country intrasquad meet on Thursday at Bryant Stadium.

Patton finished the course in 13:33.36 with Dettmer right there at 13:36.87. Gilliland, leading the junior high, finished third overall with a time of 14:21.24. Running for the White team as well, sophomores Jullian Colclasure and Caroline Pelton were fourth and fifth, respectively. Colclasure finished in 14:24.04 and Pelton in 14:30.34.

Hernandez was sixth running for the Blue team, finishing in 14:31.63. Eighth grader Maddie Nelson impressed with a seventh-place finish. Her 14:36.91 contributed to the Blue team’s point total.

Here are the full results of the intrasquad competition: 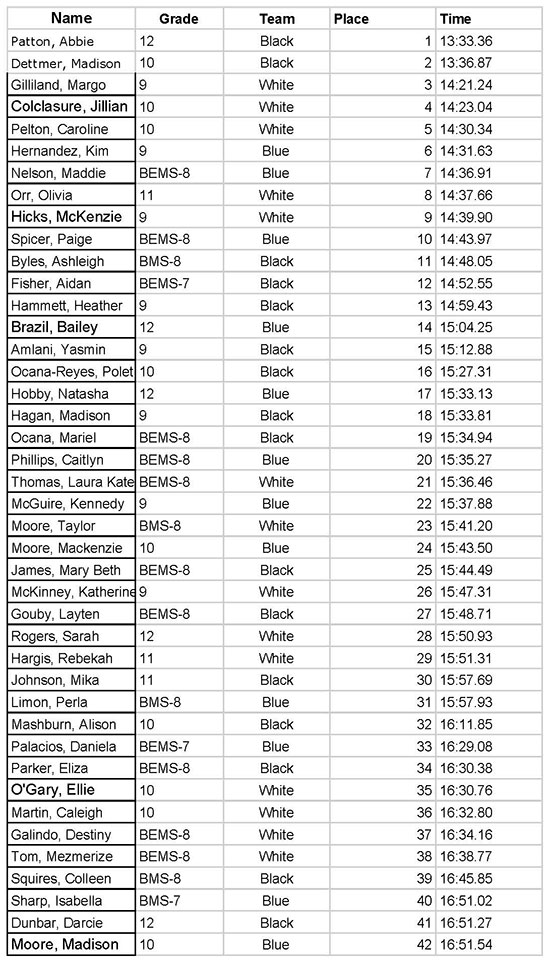 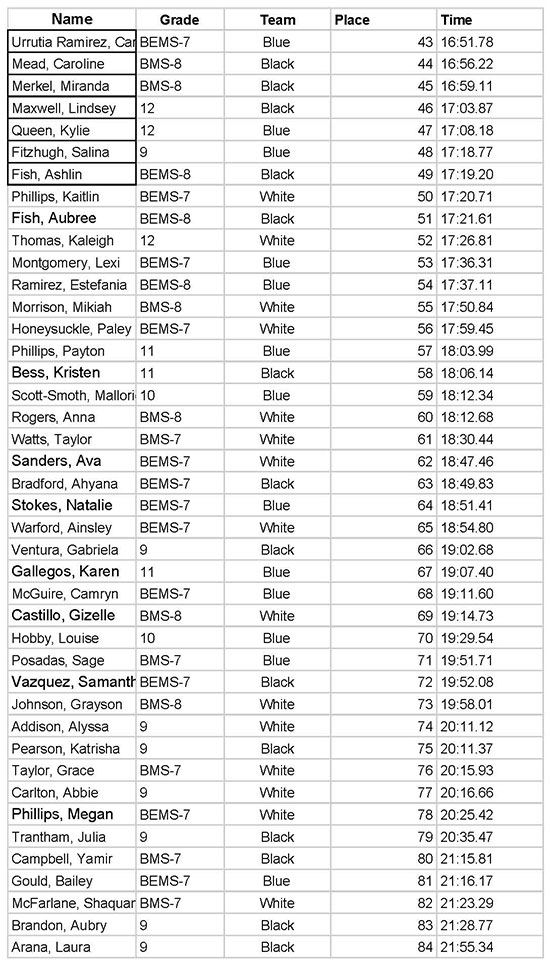 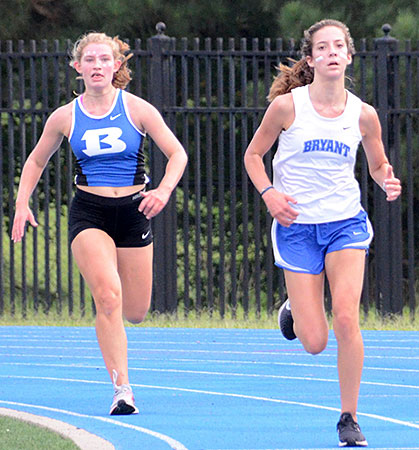 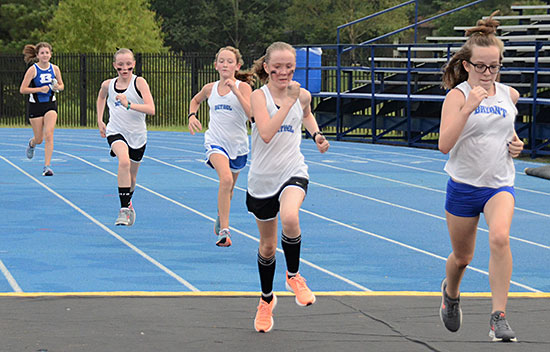 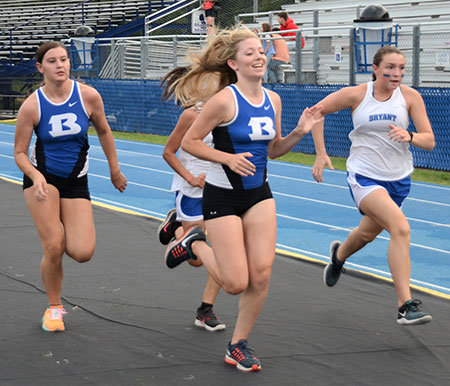 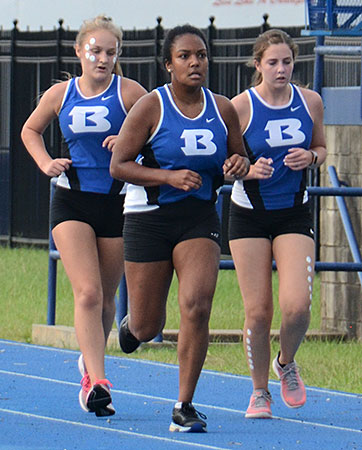 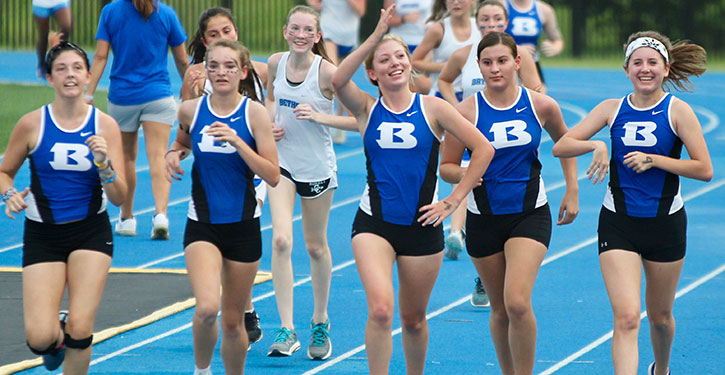 Barrientos leads the pack in annual intrasquad
Salt Bowl 19: Are teams as good as they’ve ever been?