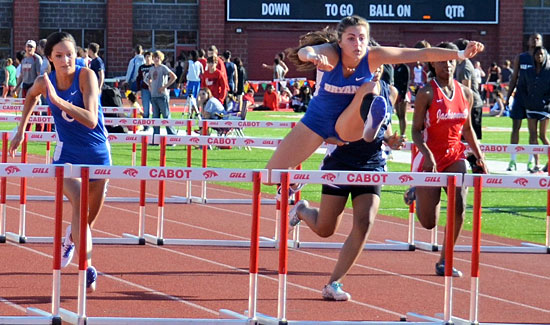 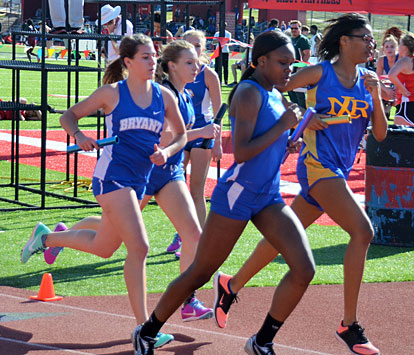 CABOT — Senior Haley Hood was the individual high-point performer and broke a school record as the Bryant Lady Hornets continued their duel with the Conway Lady Cats for team prominence at the Wal-Mart Invitational on Tuesday.

Conway once again edged Bryant in the team standings. The Lady Cats finished with 123 points to Bryant’s 100. Sheridan was third in the 19-team field with 73 points.

Hood, who has signed with Ole Miss, finished with 30.5 points at the meet. Her record-breaking performance came in the 300-meter hurdles, which she won in a time of 45.54. That bested the mark set by Alexis Royal in 2012 and beat the second-place finisher, Aaronna Allen of Jonesboro, by nearly five seconds.

“Haley Hood just had an awesome meet tonight,” stated Lady Hornets head coach Danny Westbrook. “She had some very outstanding performances in every event she was in. That 300-meter school record time was a huge surprise. She and Jadyn Lewis continue to do a great job of leading this team in both practices and competition.” 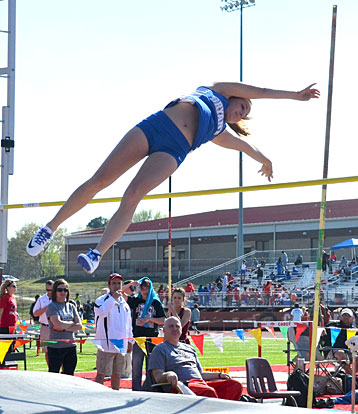 Lewis, a junior, accounted for 21.5 points and senior Hannah Shelby with 11 points.

“I thought Hannah Shelby ran a very good time in the 3200-meter run,” Westbrook noted. “She is getting very close to breaking 12:00 in that event. Ty Foote did a good job in jumps.

“Coach Keith Dale continues to do an outstanding job coaching them and the rest of our sprinters,” he added.

Lewis scored in all three sprint events. She was second in the 400 with a time of 59.43, finishing behind only Paris Perkins of West Memphis (56.94). They were the only ones to break a minute in the event. Robinson was seventh for the Lady Hornets in 1:04.09. 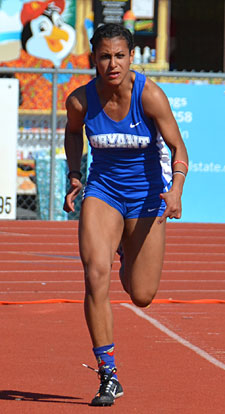 Foote was fourth in the triple jump at 32’6.5” and contributed a leg to the fifth-place 4×100 relay. She and Daelyn Young, Robinson and Tziyah Fisher turned in a 52.40 clocking.

The Lady Hornets are set to run next this Friday at Russellville. 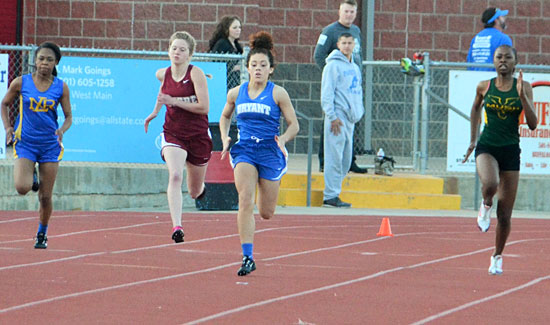