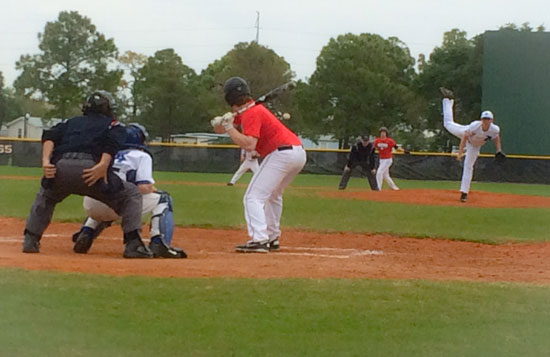 ST. PETERSBURG, Fla. — Devin Dupree, Justin Emmerling and the Bryant Hornets made Minnehaha go Minne-boo-hoo on Thursday, March 27, when they pinned a 1-0 loss on the Minnehaha Academy Red Hawks of Minneapolis, Minn. The game, a long with a 10-1 win over Rockford, Ill., Christian on Friday, March 28, concluded a 9-0 run through the competition at the Tampa Bay Spring Training event during spring break.

The Hornets, now 15-2, return to South Conference action this Tuesday at home against Little Rock Fair.

Dupree, with relief help from Emmerling, whipped up a five-hit shutout over the Red Hawks. The starter fanned two and walked one over five innings. In the final two frames, Emmerling struck out three and walked two, giving up just one hit.

Meanwhile, the Hornets were limited to just two hits but bot the lone run in the bottom of the fourth. Blake Patterson walked, Austin Kelly lined a single to right and Connor Tatum delivered a sacrifice fly.

Minnehaha had its best chance to score in the top of the fifth, loading the bases on a pair of singles and a walk but Dupree worked out of the jam to preserve the shutout.

The only other Bryant hit was a single by Nick Kehrees after a one-out walk to Jake East in the bottom of the third.

No details were yet available about the win over Rockford, Ill., Christion.