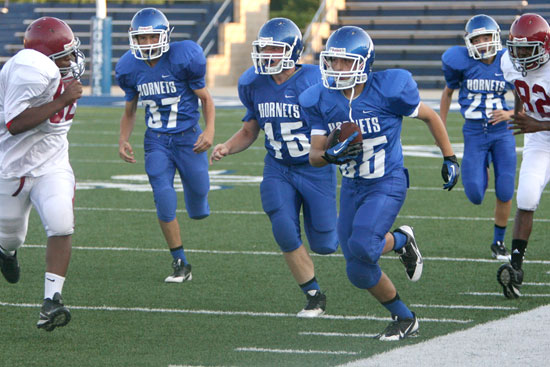 Horn wants to see freshman Hornets toughen up after scrimmage

The first teams of the Bryant Hornets and Pine Bluff Robey freshmen football teams seemed pretty evenly matched in their scrimmage at Bryant Stadium Monday night. In their 25 minutes of action, each scored twice. The difference on the scoreboard was a two-point conversion Pine Bluff managed to tack on to its first score. 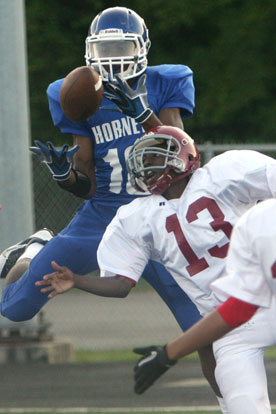 Bryant’s offense was highlighted by a passing game, which wasn’t efficient — the Hornets’ Beaux Bonvillain completed 6 of 15 passes — partly because of a hard Pine Bluff rush but produced 27 yards a completion and a touchdown. Hard running Cameron Coleman had some nice runs including a 28-yard scoring burst. 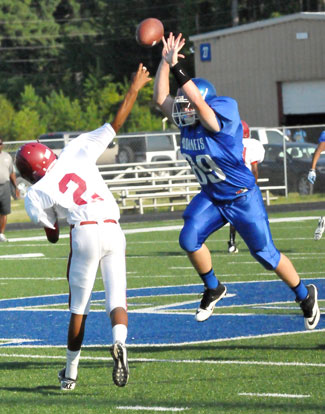 But they suffered nine lost-yardage plays in 32 snaps.

Defensively, the Hornets surrendered a couple of big pass plays and were gashed in the running game some but seemed to get better as the game went along. Linebacker Hayden Knowles was in on a bevy of tackles. Joseph Small, DeAmonte Terry and Jack Reynolds each made nice individual plays.

“We’re soft,” he stated. “I think we’re soft. We’ve got a long way to go. I think we’ve got something there but we’re not very tough. We’re going to have good practices this week though. I’ll guarantee that.

“Our pace was still good,” he allowed. “We’re snapping it as fast as we want. We’re just not very tough.

“We had some bright spots but nothing much to talk about. We’re not where we want to be. I thought our skill guys did okay. Obviously up front, we’ve got to fix some stuff. We kind of knew that but we’re going to try to fix it all up this week.”

In the second part of the scrimmage, the second and third team players from each team competed. Bryant’s group provided a touchdown and forced a pair of turnovers. Paul Rey had the interception and made a nice 25-yard return. Later, Thomas Wright forced a fumble and recovered it on a sack that set up the touchdown.

The score came on a 20-yard pass from D.J. McKinney to Reynolds. 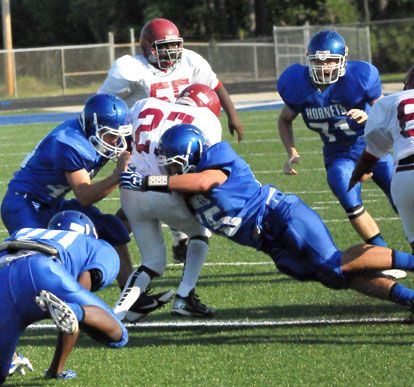 Hayden Knowles (65) and a teammate converge on a Pine Bluff running back. (Photo by Kevin Nagle)

In the first 25 minutes, Pine Bluff scored first with a 24-yard pass play to cap off a 46-yard drive on its second possession. A two-point run made it 8-0.

Bryant responded with a drive to the Pine Bluff 5, keyed by a 59-yard pass completion from Bonvillain to Austin Kelly on a fourth-down play. But, on a fourth down at the 5, Bonvillain was sacked.

Two plays into Pine Bluff’s answering possession, Knowles and Terry met at the quarterback for a six-yard loss that forced a punt.

The Hornets were unable to take advantage immediately but, with 9:18 left to play, Coleman broke free up the middle for his touchdown run. Bryant got two chances at a two-point conversion thanks to a pass interference penalty on the first try but the Hornets still were unable to convert.

Pine Bluff answered with a 70-yard drive for another score, capped off by an 18-yard TD strike. This time, a run for two was foiled. 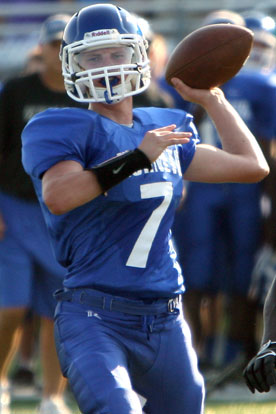 And the Hornets responded with their own 70-yard march that featured runs of 18 and 13 yards for Coleman to get to the Pine Bluff 37. But Coleman was dropped for a loss then got no gain to make it third-and-13 at the 40.

That’s when Bonvillain hit Landon Smith in stride on a skinny post that Smith turned into a touchdown to make it 14-12 with 3:59 left. 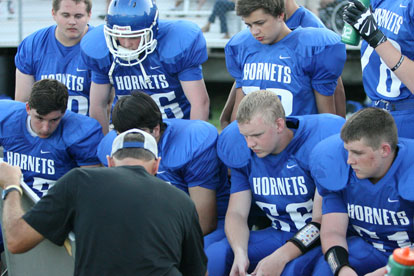 Bryant offensive linemen get some instruction on the sideline while Pine Bluff possessed the ball. (Photo by Rick Nation) 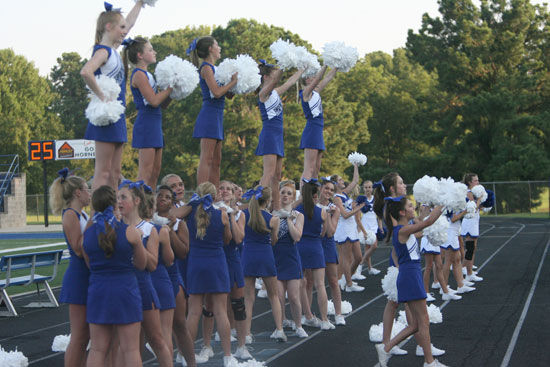