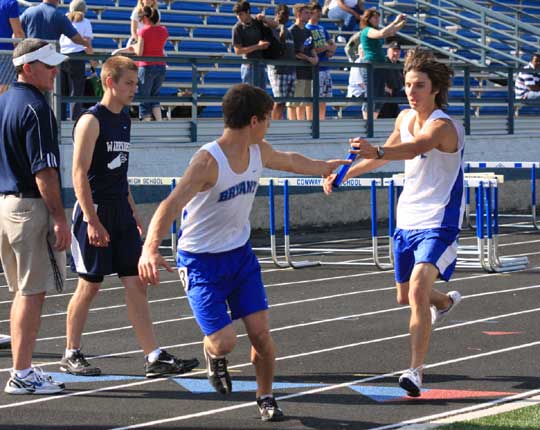 CONWAY — The Bryant 4 x 100 meter relay team of Dillion Winfrey, Tanner Tolbert, Kendrick Farr, and Sammill Watson broke their own school record in a winning time of 42.51 to lead the Hornets to a third place finish at the Wampus Cat Invitational in Conway on Thursday night. Conway won the meet, followed by Forrest City (88 pts.) and Bryant (85).[more] 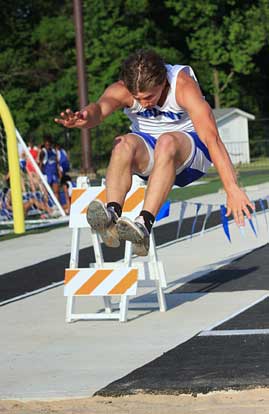 Troy Smith tied a personal record in winning the high jump with a leap of 6′ 2″, while Dylan Blasi earned a second place finish in the triple jump with a 41′ 6″ effort.

“We had some very good performances, especially from our jumpers,” acknowledged Hornets coach Steve Oury. “It was nice to see us take first and second in the triple jump to go along with first place finishes in the long and high jumps.

“The 4 x 100 meter relay team did a terrific job with their handoffs,” he added. “As well as they are running, I still think they can go faster. Our focus now will be on getting ready for the conference meet on April 24th.”

James Glasper earned a third place finish in the 400 meter dash with a time of 52.18. Also placing third was the 4 x 800 meter relay team of Tyler Freshour, Colton Klaus, Keith McDonald, and Michael Smith in a time of 8:47.49. 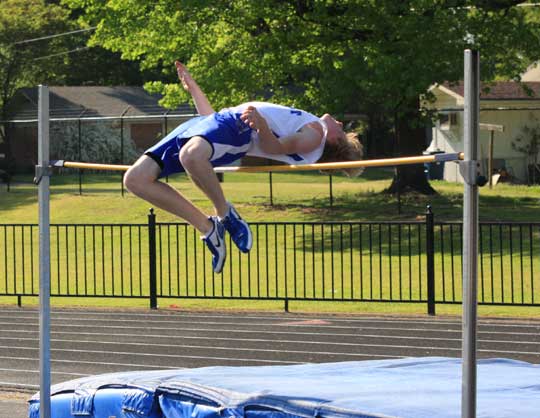