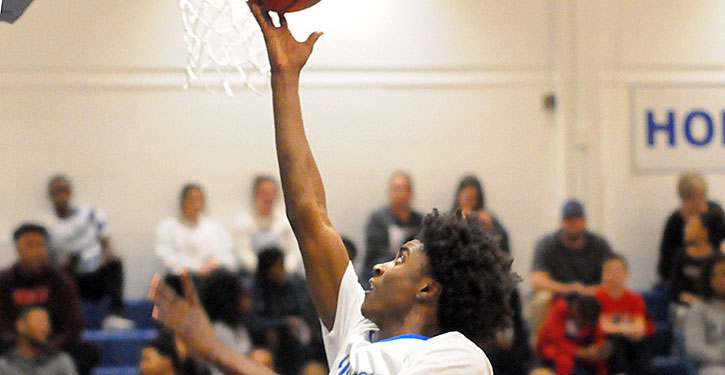 First place at the end of the first round of the double round-robin 6A-Central Conference schedule will be on the line tonight when the Bryant Hornets host the rival Conway Wampus Cats at the Hornets’ Nest.

The girls from each school will play at 6 p.m., with the boys starting around 7:30 or so.

Both boys’ teams are 5-1 in league play and, incidentally, both are 14-4 overall.

The Hornets’ lone loss in the conference was their first game against Fort Smith Northside, 47-42, when Bryant was without starting guard Khalen Robinson (who just days before had hit a 3 to beat Northside at the Coke Classic holiday tournament in Fort Smith).

The Wampus Cats had defeated Northside, 46-45, while the Hornets had downed Central, 59-45.

On Tuesday, the Wampus Cats escaped Little Rock Catholic, 62-55, while the Hornets were playing one of their most complete games of the year in a 73-56 road victory against the defending State champion North Little Rock Charging Wildcats.

For the girls, Conway will be trying to keep pace with nationally-ranked Fort Smith Northside, who are undefeated in the league and overall including a 65-55 win over the Lady Cats. It was Conway’s lone league setback.

The Lady Hornets played Northside as tough as anyone, losing at home 55-47. They’ve also suffered disappointing losses to Little Rock Central and North Little Rock, the latter just last Tuesday, 83-54, their worst defeat of the season.

At 3-3 in the conference, the Lady Hornets are tied for fourth with Cabot, a team they beat 53-48 a week ago.