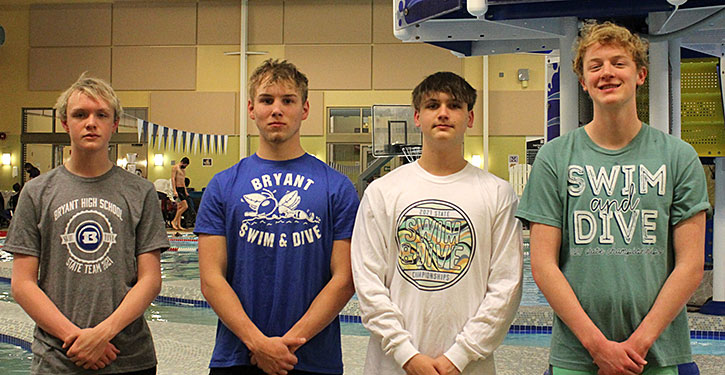 BENTONVILLE — At the 2021 State swim meet on Saturday, Feb. 27, the Bryant Hornets accumulated 50 points to finish 11th in the field of 16 teams.

Bentonville won the team title with 811 points. Little Rock Central was second with 719.

In the former, Samuel Vinson, LaQuav Brumfield, Cameron Loftis and Hayden Smith turned in a time of 1:38.04, dropping the group’s best time of the season by 1.71 seconds.

The Hornets’ quartet of Gladden, Aidan Shaw, Vinson and Smith combined on a 1:51.65 to place 11th in the 200-yard medley relay.

Individually, Hunter Heatley and Brumfield scored in the one-meter dive while Smith collected points for his 14th-place finish in the 50-yard freestyle.