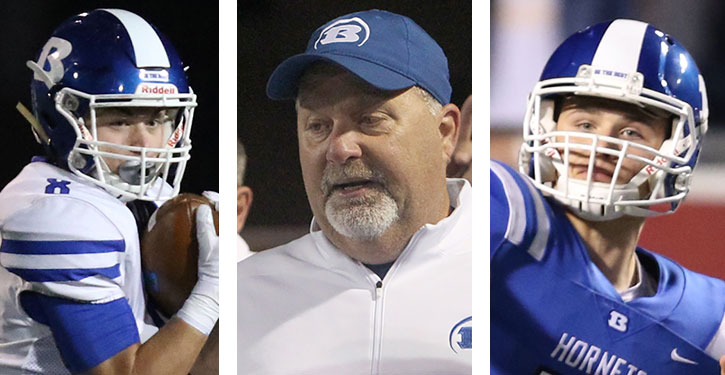 The Little Rock Touchdown Club tabbed Bryant Hornets head coach Buck James as Coach of the Year, junior quarterback Austin Ledbetter as Player of the Year and senior wide receiver Jake Meaders as the National Football Foundation Scholar of the Year at the organizations annual banquet.

The Hornets’ record-setting season concluded with a 13-0 record and a second consecutive Class 7A State championship.