The Bryant Hornets swim team celebrated Senior Night honoring Dylan Rogers and Jake Tipton at[more] the Bishop Park pool on Thursday and, as a team, turned in a third-place performance after nearly a month off. 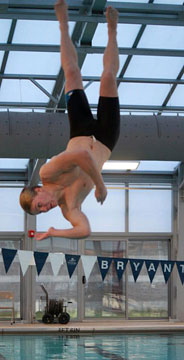 The Hornets’ top finish was turned in by Nick Hoffpauir who finished third in the 500 yard freestyle with a time of 6:58.72. Spencer Qualls was fifth in 7:13.61.

That duo also contributed legs to Bryant’s fourth-place quartet in the 400 free relay. They were joined by Jim Dellorto and Ross Grant in turning in a 4:30.27 clocking.

Casey Ball, Tipton, Grant and Rogers combined on a time of 1:46.61 to finish sixth in the 100 freestyle relay while Ball, Hoffpauir, Rogers and Tipton teamed up to finish seventh in the 200 medley relay, turning in a 2:06.08. 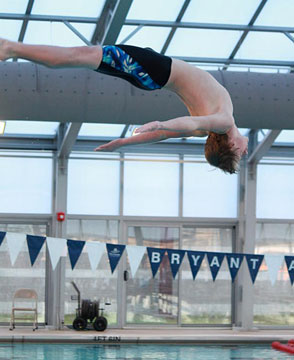 Andrew Ball also added to the Bryant point total in the 100 breast stroke. His 1:23.85 clocking was good for 14th.

The Hornets are set to return to competition on Saturday, Jan. 21, at Hendrix College in Conway. 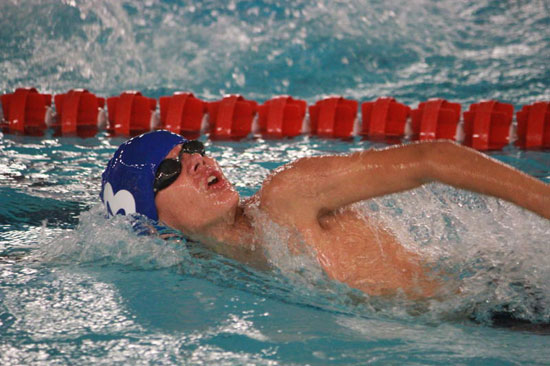 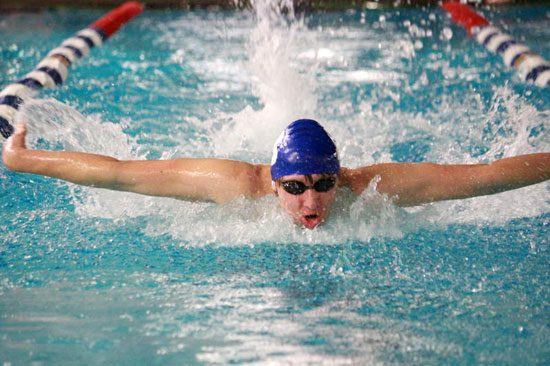