Hornets players are commended for help with benefit 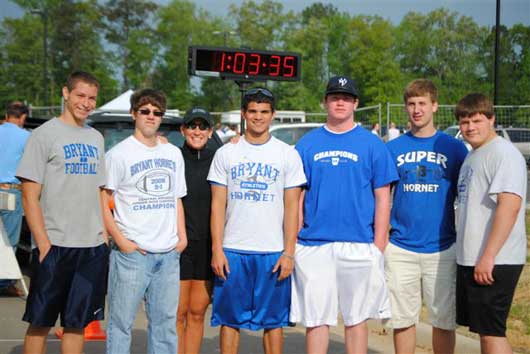 BENTON — On Saturday, April 17, the Civitan Center, which operates in Bryant and Benton, hosted a 5k race as a fundraiser for their non-profit organization. The center asked Bryant Coach Paul Calley and his wife Laryssa, a member of the board of directors at Civitan, if there were some Bryant football players that would offer their assistance.[more]

“Too often these days, we see athletes that are not good role models for young kids and their sport,” she added. “I want to recognize these Bryant varsity football players that are working to make a difference in not only their lives, but Saline County.”