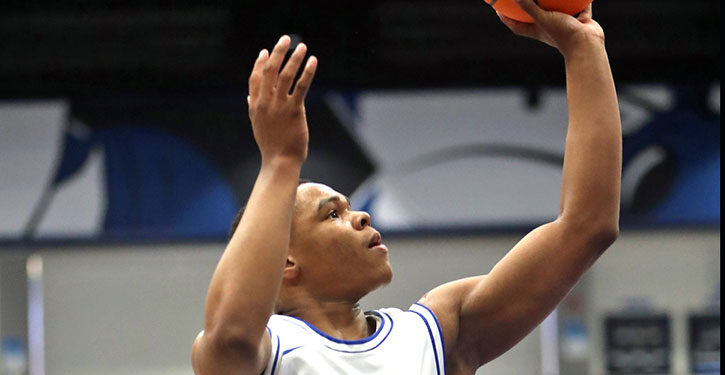 The Bulldogs, 10-15 on the season, jumped into the tournament with a win in the West Conference tournament over Rogers Heritage. The two teams were tied during the regular season. Heritage had won their only league meeting, 37-31, on Jan. 29.

But, as a six seed, Springdale has been close against almost everyone in their league. They’ve been particularly tough for the top-seeded Fayetteville Bulldogs, who eked out a 57-55 win at home then had to go to overtime for a 61-59 win at Springdale.

“We didn’t know who we were playing until Friday night,” said Hornets head coach Mike Abrahamson, referring to the conference tournament results which weren’t set until then. Springdale lost in the fifth-place game 34-32 to Springdale Har-Ber.

“But they’re good,” said Abrahamson, who has coached the Hornets since the 2010-2011 season, led them to 10 consecutive trips to State including a berth in the championship game in 2019.

“They’ve got some really good guards that can shoot it and drive it,” he said, referring to seniors Marty Jelkah (5’9”), Christipher Elkar (6’0”), Dominique Hartin (5’9”) and Quin Cobbs (6’0”). “They’ve got a big (6’4” sophomore Tevin Tate) that is a load. He’s similar to the (Jayden) Williams kid at Conway, really uses his body well to seal and he’s got good hands and feet.

“They run a lot of sets, good stuff, hard to guard,” he added. “You look at them and you don’t think they’re a six seed. And last year, playing Van Buren, a six seed, they weren’t playing like a six seed at the end of the year either.

“They seem to be playing really well now,” he said of Springdale. “I really don’t know what they were like earlier in the year. I just know what they’ve been like the last few weeks and they’re going to be a tough out.”

“We’ve just been trying to prepare,” Abrahamson said of practice before finding out who the opponent will be. “After Tuesday’s game, it was more about us trying to be prepared for any situation that may come up this week, the things we may need that we haven’t used very much or haven’t used at all, just depending on situations, looking at different combinations of players. Our rotation continues to evolve as players have improved over the course of a year.”

All games can be viewed live through the Arkansas Activities Association app.

“We’ve just been trying to get ready to play at a high level, to play our best, hopefully,” Abrahamson said.

The winner will advance to play Bentonville, the regular-season champion of the 6A-West, at 21-2. The Tigers became the second seed to State when, in the conference tournament final, they lost to Fayetteville, 74-60.

Here are the brackets for the boys’ tournament: