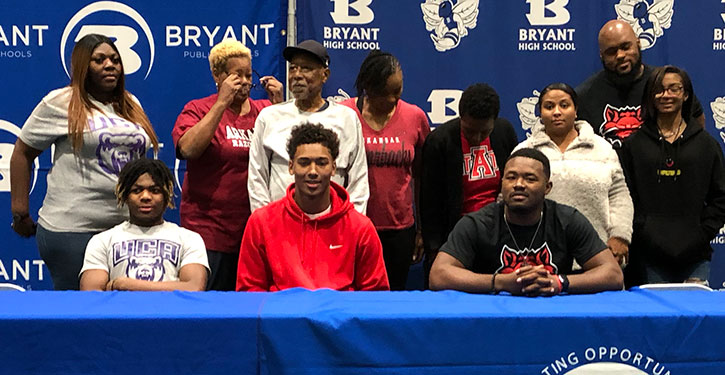 As any coach will tell you, with team success, comes individual success and proof of that came on Wednesday, the first day of the early signing period, as the two-time State champion Bryant Hornets had three players sign National Letters of Intent with Division I schools.

“For us today, we have the three biggest universities in the state of Arkansas and we’ve got one kid going to each one of them,” noted Hornets head coach Buck James. “That speaks volumes.

“I believe this is the first time we’ve had someone sign with Division I schools on the first day of the early signing period,” he added. “It sets the tone for the rest of our student-athletes in all sports to have this as an attainable goal, to see that we can do it here.”