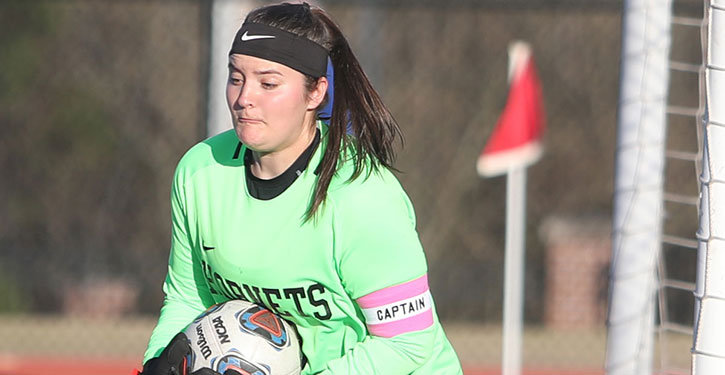 BENTON — Abbey Inman, off a touch by her twin sister Ashton, powered the ball past the Benton goalkeeper with 27:47 left to play and the Bryant Lady Hornets made that hold up for a 2-1 win over the rival Lady Panthers on Tuesday night. The goal came off an indirect free kick.

That duo combined for the first goal for the Lady Hornets at the 32:41 mark of the first half. Off of Abbey Inman’s corner kick, Ashton Inman headed in the goal to make it 2-0.

Bryant keeper Addison Funk had 12 saves in the game, giving up a lone goal.

The Lady Hornets came into the match off a 1-2 trip at a tournament in Fort Smith. The lost 1-0 to South Moore, Okla., but bounced back to thump Fort Smith Southside 4-0. Ashton Inman and Lauren Heath each had two goals. Inman also had an assist. Grace Carmack had three assists.

They finished up with a 2-1 loss to Springdale. Hailee Denton scored off an assist from Ashton Inman.

Bryant was without several players plagued by injury at the tourney.

The Lady Hornets are scheduled to play at Little Rock Christian on Thursday before beginning 6A-Central Conference play at Fort Smith Northside on Tuesday, March 16.