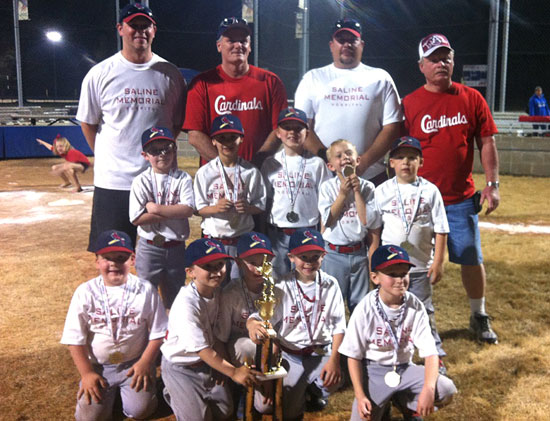 In the tournament, the Cards edged Wayne Hughes Construction, 4-3 then topped Arvest Bank, 8-1. A 5-3 victory over Oltmans Development was followed up by an 8-2 decision over Olly Olly Oxen. In the semifinals, they topped Landers Chrysler, 7-4. In the championship game, the Cards outslugged Ace Sign Company, 12-7.

During the regular season so far, Saline Memorial has earned a 7-5 win over Landers, followed by a 12-6 victory over Everett Buick GMC. They improved to 3-0 with a 6-0 victory over Oltmans Development.