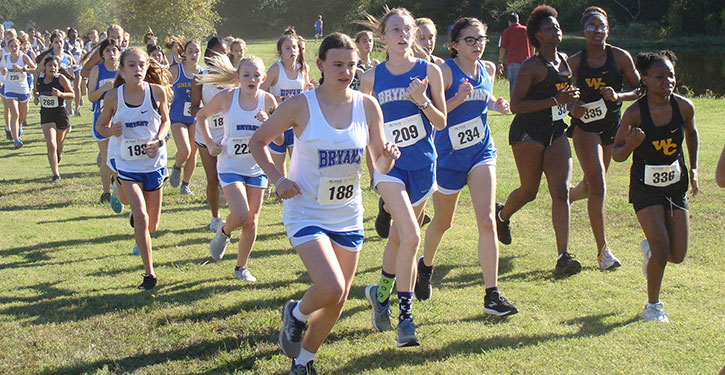 Lillian Miller, Aidan Fisher, Arion Pegram and Gracie Rocha all finished in the top 10 to lead the Bryant Juinor High Lady Hornets to a share of the team championship of the annual Danny Westbrook Bryant Hornets Invitational cross country meet at Bishop Park on Tuesday.

Miller finished fourth overall in a time of 13:40.77 as the Lady Hornets finished with 40 points, tying with Hot Springs Lakeside, which was paced by individual medalist Maya Hubbard (12:58.89). Lakeside finished with the top three spots individually. Pulaski Academy was third with 101 points.

The meet included eight teams and representatives from eight other schools.

The Lady Hornets are tentatively scheduled to run again on Saturday at Oaklawn Park in the Lake Hamilton Invitational.