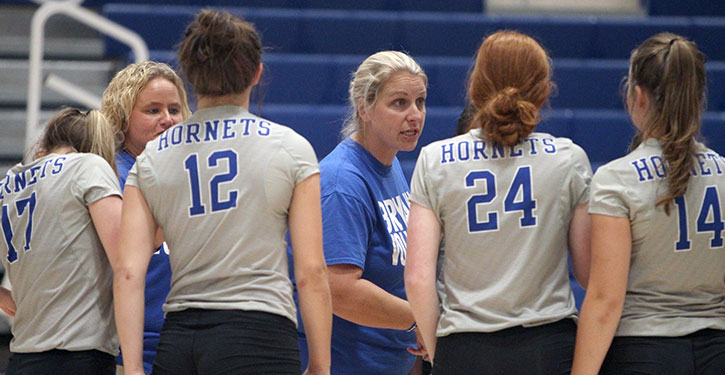 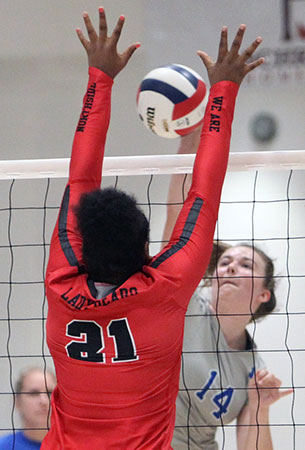 Emma Buiging (14) tries to get a hit past a Northside blocker. (Photo by Rick Nation)

The Bryant Lady Hornets volleyball team fell in the first match in conference play Thursday night to the Fort Smith Northside Lady Bears by a final score of 1-3. Bryant lost game one 20-25, game two 19-25, before coming back and winning game three 25-22 forcing game four which ended by a score of 17-25.

“This game felt a lot better than Tuesday night,” head coach Beth Solomon said. “We did not have a lot of the missed serves, except the two key ones at the end. They just played better tonight. One thing we worked on is reading the other team better and I feel like we did a good job of that tonight.”

The Lady Hornets fell behind quickly, 0-3. The Lady Hornets rallied back to tie the game with an ace by Lexi Brown. Bryant broke the deadlock with an Emma Buiting kill moving the score 5-4.

The Lady Hornets would then accumulate a 5-1 swing putting them ahead 10-5 forcing the Lady Bears to use a timeout to recollect.

A Northside kill ended up hitting the Lady Hornets’ floor but neither ref whistled for a stop prompting a Northside challenge, which they won with help from the line judge, moving the Lady Bears closer, 10-7. 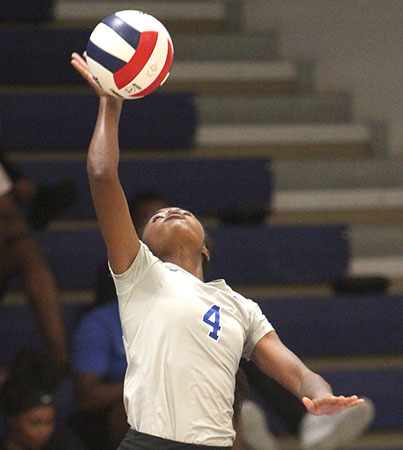 They would manage the comeback with five straight points to tie the match at 10-10, forcing the Lady Hornets to use a timeout of their own.

Back to back kills by Beatriz Hernandez would swing the match back into the Lady Hornets’ favor 13-12, before a 1-6 Northside drive created too much distance for the Lady Hornets to recover from.

Bryant rallied back to tie 12-12, capped off by an ace from Shannon Stewart. Madelyn Hoskins and Buiting combined on block to push the Lady Hornets up by one point. But an 0-3 drought put the Lady Hornets back behind. 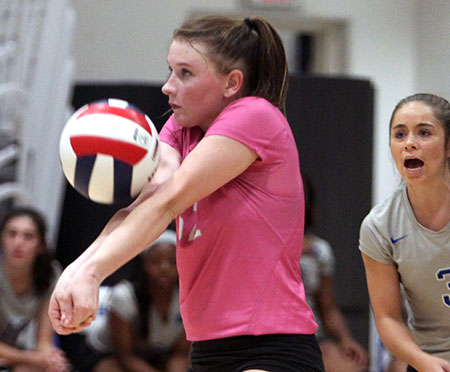 After a quick two points for Bryant, Northside called for a timeout to slow down the Lady Hornet momentum. The plan worked as the Lady Bears score three unanswered points, before ending the second game 19-25. The Lady Hornets picked up two aces with two serving errors, while allowing one Northside ace.

In game three, both teams came out firing. With the game tied 2-2, the Lady Hornets went on a 7-2 drive. The Lady Bears came off a timeout strong, yet again making the comeback, tying the game 9-9.

The teams continued to trade scoring before back to back aces from Hoskins put the Lady Hornets ahead 17-15. They would carry the advantage to the end of the game. Bryant had two aces with three serving errors, while the Lady Bears had two aces with no errors. 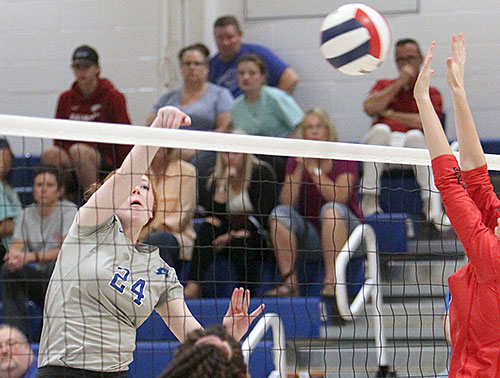 Faith Stone (24) attacks at the net. (Photo by Rick Nation)

The Lady Hornets fell behind early again in the fourth game, 0-3. Bryant would yet again respond finalized by a Stewart ace, moving into the lead 7-6.

Northside rallied to tie the match at 9-9 before an 2-11 run put the Lady Bears in position to close out the match. The Lady Hornets were forced to use a timeout, but it was not enough to overtake the Lady Bears. The teams traded points until a Lady Bears ace put Northside at match point. Game four ended 17-25, ending the match 1-3 final.

“We are getting better,” Solomon said. “Yes, we need that first win. I feel like if we keep playing the way we have been playing and we continue to get better, we can get it Tuesday night. 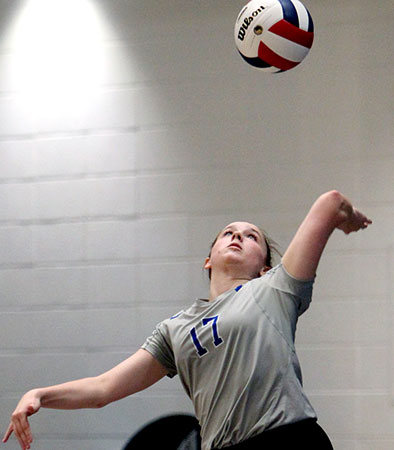 The Lady Hornets, now 2-5-1 (0-1 in conference), travel to take on Mount Saint Mary Academy in Little Rock next Tuesday.

“Going forward we’ll keep pushing, keep grinding,” Solomon stated. “One thing about this team I like is that they are a family. They always stand by each other and keep each others’ backs. As long as we keep that we can keep moving forward.”