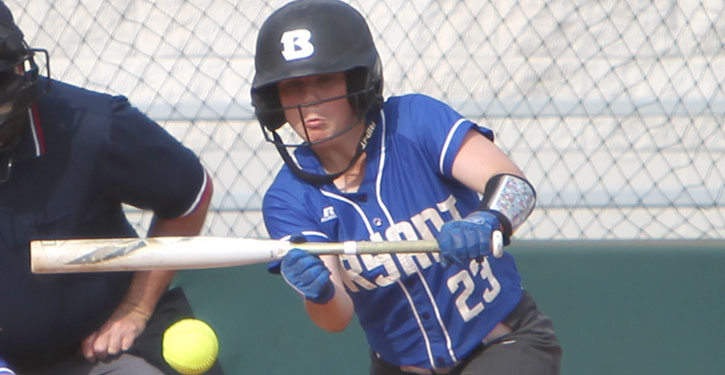 With a core of players returning from a team that went 19-13 and reached the second round of the 6A State Tournament, the Bryant Lady Hornets open the 2020 season with a benefit game today at White Hall.

Head coach Lisa Dreher said it will be a process of players working into their new roles and young talent gaining valuable experience through playing time.

“We’ve worked a lot on communication,” Dreher said of her expectations for Thursday. “It’s easy to do but we either do it or we don’t. We’ve worked on it and they know they’re supposed to. We’ve done it in practice, and I would like to see it out there on the field. I think that’s one thing, especially with the youth of this team, that will really help us.”

Dreher expressed optimism about the Lady Hornets’ bats but with such uncertainty on defense, particularly early in the season, there may be some bumps in the road.

Thompson, who has starred at third, will be moved to centerfield.

“She’s somebody that knows the game,” Dreher said. “She does take good angles and gets good jumps. And she’s got a good arm.

“We have a transfer from the Netherlands and she’s obviously an infielder,” the coach continued, referring to junior Mila Dekker. “She’s playing third base.”

In right field, freshman Macy Hoskins will play along with Calhoun, a senior.

The speedy LaCerra will be in left after a strong freshman season last spring.

On the infield, Herring has moved to short. Avari Allen will get the first chance at second base. Suarez, the incumbent there, has been slowed by injury.

Dillon returns after a solid year at catcher as a freshman. Mefford and Work will alternate at first as they do in the pitcher’s circle. Beck and Hoskins will hit as a designated player.

“We can hit with anybody this year,” Dreher said. “I really think we’re going to hit the ball well.”

Annually, the Lady Hornets got to Mufreesboro, Tenn., for the Southern Warrior Classic during spring break.

Bryant opens the regular season on Monday, March 2, at home against 6A-Central Conference rival Mount St. Mary Academy. Stuttgart pays a visit on Tuesday before the Lady Hornets travel to northwest Arkansas for three games over the March 6-7 weekend.