The Bryant Lady Hornets stayed perfect in the 7A/6A-South conference standings with a sweep of[more] the El Dorado Lady Wildcats on Tuesday evening in Bryant. 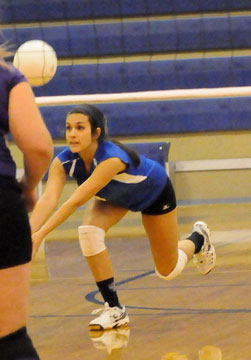 The Lady Hornets (7-1, 5-0) defeated El Dorado 25-9, 25-8 and 25-4 in preparation for an undefeated showdown with the Benton Lady Panthers on Thursday to kick off Salt Bowl week in Saline County.

“Everything tonight was kind of leading up to the Benton game,” Bryant coach Beth Solomon said. “We are coming off a Saturday where we played some top 7A competition and I felt like we didn’t play down and stayed sharp.”

In the first game of the varsity match, Alyssa Anderson started with a kill and blocked a point with Hannah Rice, who also had a tip for a point and a 7-3 lead. Another kill from Anderson, a tap by Aubree Allen and a kill from Courtney Davidson made it a seven-point advantage quickly.

The speed of the game accelerated when Brooke Howell got her first of six kills on the day, then Davidson slammed down a point, Abby Staton served an ace and Hannah Rice got a tip point. Davidson later served an ace, then three services aces from Howell and a kill from Anderson ended the game. 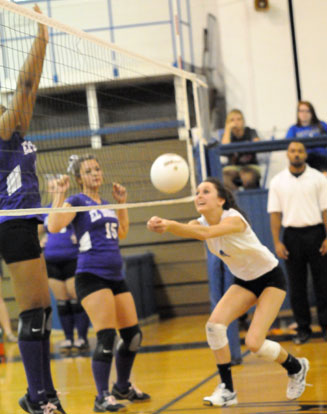 Howell served for the first seven points for the Lady Hornets in the second game, including two more aces. Meanwhile, Anderson got a tip and a kill, then McKenzie Rice got a kill, which was followed by a Kaylon Wilson kill and three straight ace serves from Hannah Rice for a commanding 12-2 lead.

Anderson came back for an easy kill, Allen got another kill and Anderson served an ace. Howell had three kills and an ace for the final Bryant points of the game.

El Dorado scored one point off of its offense in the first game and added two more points off a block and a kill in the second game, but unforced errors against a sharpened Lady Hornets squad made for a blow out.

“The girls played great,” Solomon said. “All of them stood out. It was good to see McKenzie Rice back in there after her shoulder injury. She said she feels pretty good, but obviously we didn’t let her go 100 percent tonight.” 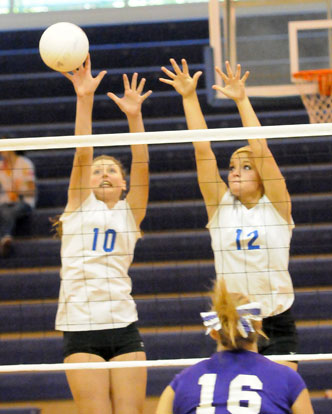 The third game was all Bryant. Anderson started with a tip, Hannah Rice served an ace, Anderson had a kill, Hannah Rice served two more aces and Howell had a kill. Davidson got a kill and a tip, followed by a kill from Howell, who also had a block for a point. Wilson got a kill, Davidson had a kill all while Allen was serving on a 10-point rally. Britten Hays ended the game with an ace serve.

“Playing down we felt like would be a challenge for us, but our passes were strong,” Solomon said. “We were sharp.”

Anderson led with seven kills. Davidson added six. Howell was good on 17 of 18 serves with a whopping 10 aces. As a team, the Lady Hornets piled up 31 aces. Hannah Rice added nine (on 21 of 23 serving) and Allen picked up seven while good on 16 of her 17 serves.
Howell contributed seven digs, Rochelle Aguilar three.

In the JV match, Madison Greeno and Erica Smith each served up three aces with Allen, Mercedes Dillard and Emily Henson getting two apiece. Allen and Henson had four kills each and Dillard finished with 10 assists. 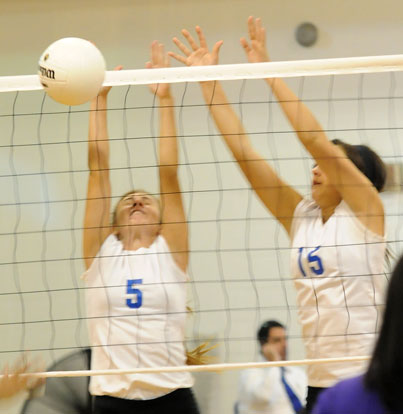 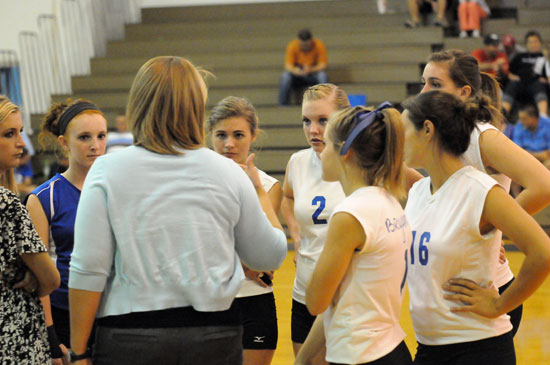