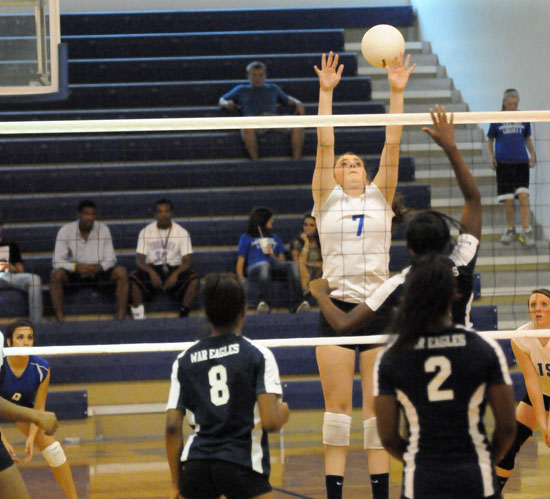 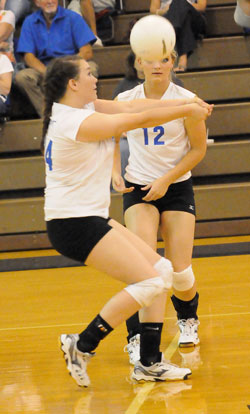 The most important fact, along with winning 25-11, 25-9 and 25-9, was that Bryant remained perfect in the 7A/6A-South Conference at 8-0. The Lady Hornets are currently second only to Fayetteville in the ratings points for the Class 7A State Tournament. Bryant will be seeded among the 7A-West teams for post-season play.

“We’re 8-0 and that’s a big deal,” Lady Hornets coach Beth Solomon said. “We know we have to come out and play every game.”

It took a few points for the Lady Hornets to get in sync against winless Fair, which led 4-0 in the first game. McKenzie Rice got Bryant’s first point on a kill and Hannah Rice served an ace.

A block for McKenzie Rice before Kaylon Wilson got a tip over the net for a point continued the roll. Brooke Howell got a kill that started a six-point rally for Bryant.

Howell picked up three more kills, Wilson got a kill and Britten Hays served an ace during the rally.

Two more kills fro Howell were followed by a kill and an ace for Courtney Davidson. Both Rice sisters finished the game with a kill each for the final points. 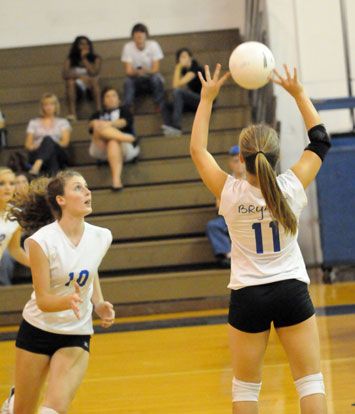 Howell served four aces, while Bryant got kills from McKenzie and Hannah Rice and one from Alyssa Anderson for a 9-2 lead in the second game.

Davidson got three kills, Anderson served three aces, while McKenzie Rice, Howell and Wilson had kills to finish it off.

The Lady Hornets jumped out to a 7-0 lead in the third game with three aces from Hannah Rice. Later, Anderson served four aces and Davidson had three more kills. Howell ended the game with an uncontested kill.

“We played better than the last time we played them,” Solomon said.

As a team, the Lady Hornets were good on 66 of 72 serves with 25 aces. Anderson led with 20 of 22 serves and a whopping nine aces. Hannah Rice had six aces, Howell four and Hays three. Howell was good on all 21 of her serves.

McKenzie Rice led with nine kills. Davidson had seven and Howell six. Hannah Rice contributed 23 assists. Davidson and McKenzie Rice each had a solo block. Anderson and Staton were tops with five digs each.

For the JV, Erica Smith served up 12 aces and Madison Greeno nine as the Lady Hornets only had two service errors in 46 attempts. Staton contributed second assists and Smith led with four kills. Rylee Phillips pitched in with two solo blocks. Mercedes Dillard had one too while coming up with the only two digs the team had.

The Lady Hornets are set to travel to Texarkana on Tuesday, Oct. 2. 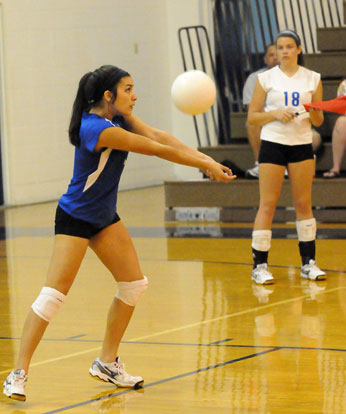 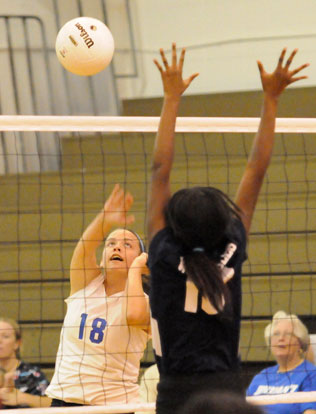 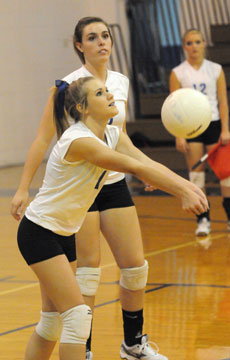 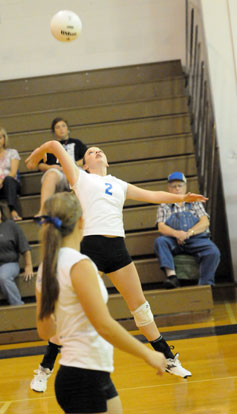