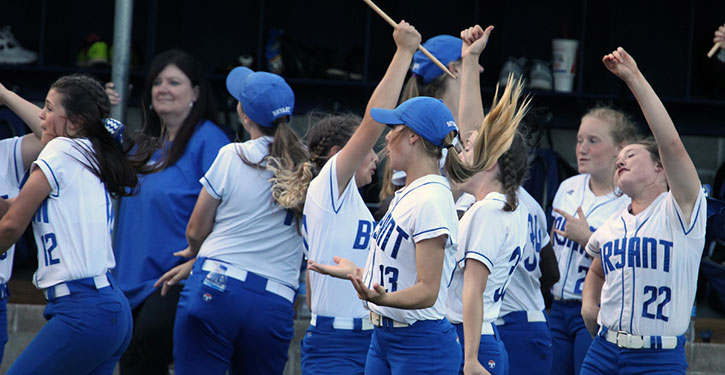 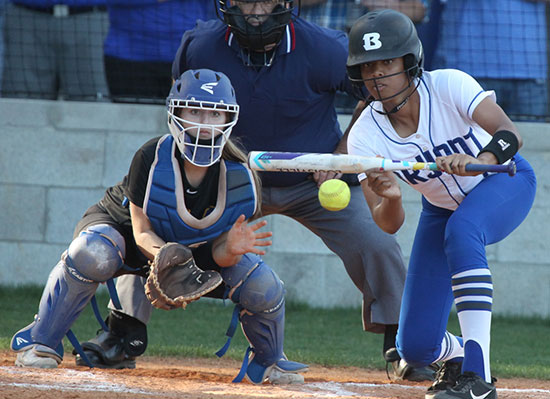 The Bryant Lady Hornets are champions of the 7A-Central Conference, earning the top seed for the Class 7A State Tournament and a bye to the second round.

A 6-3 win over the North Little Rock Lady Charging Wildcats on Tuesday night clinched it as the Lady Hornets, now 26-3, remained unbeaten in conference play and extended their winning streak to 16 in a row going into their final regular-season game at Conway on Friday.

Bryant will open State play in Fayetteville on Friday, May 12, at noon. 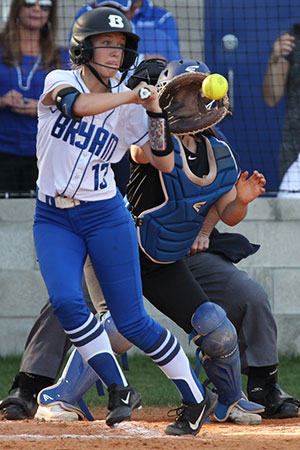 Tuesday’s outcome didn’t seem certain at the outset of the game as North Little Rock struck for three runs in the top of the first. Lead-off hitter Reagan Sperling worked a walk to start the game. She was sacrificed to second by Madi Bobbitt then Cassidy Tucker tapped back to pitcher Raven Loveless. In an attempt to get Sperling at third, Loveless threw there to Macey Jaramillo, but the speedy base runner got there in time.

Two pitches later, Katelyn McMahan hit a shot to right for a two-run triple. With two away, an error on a grounder on the infield allowed McMahan to score, making it 3-0.

But with Loveless returning in the second then alternating every two innings with Gianni Hulett to shut out the Lady Cats on just two hits the rest of the way.

And, though the Lady Hornets didn’t strike back immediately in the home first, it didn’t take them long to gain the upper hand. The comeback started with a bang as Sarah Evans turned on the third pitch of the second inning and drilled it over the boards in center. 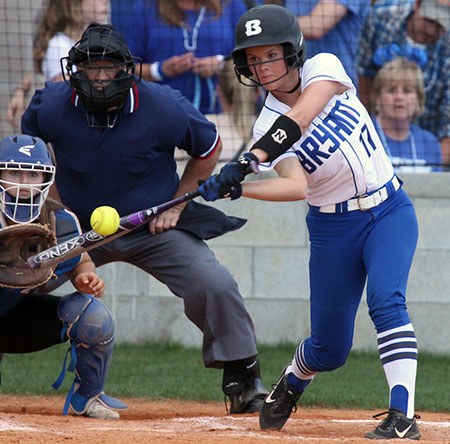 An out later, Loveless swatted a drive to right that she legged out for a triple. An error on the throw back to the infield allowed her to score, making it 2-0.

McMahan, the North Little Rock pitcher, got out of the inning with a narrow lead in place but, after Hulett fanned two in the top of the third to work around an error, the Lady Hornets went back to work.

Maddie Stephens waited out a walk to start the bottom of the third then Regan Ryan took four in a row. Hulett took a strike then got a bunt down that she beat out for a hit to load the bases. Meagan Chism tied the game with a sacrifice fly to deep center that not only allowed Stephens to tag and score but Ryan to get to third and Hulett to take second. 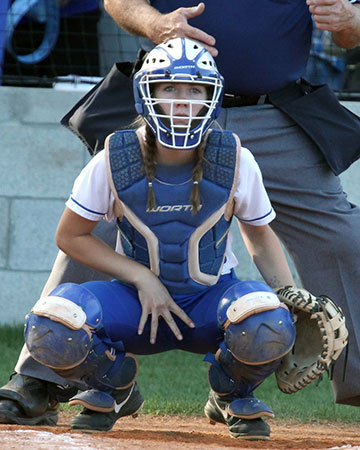 That set the stage for Evans, who came through again with a bouncer up the middle that drove both runners home as the Lady Hornets took a 5-3 lead. Evans proceeded to steal second so, when Jaramillo drilled a knock to center, she scored to make it 6-3.

North Little Rock made a bid to rally in the top of the fourth. With one out, Gracie Kimbrell bounced a single up the middle. With two down, Anna Beaver beat out a hit in the hole at short. Mary Kate Partridge was called on to pinch-run for Kimbrell at second but, on the first pitch to Sperling, Chism fired a throw through to Evans who applied the tag in time for the pickoff to end the inning in dramatic fashion.

The pitchers dominated the rest of the way. Loveless retired six in a row then Hulett set the Lady Cats down in order in the seventh.