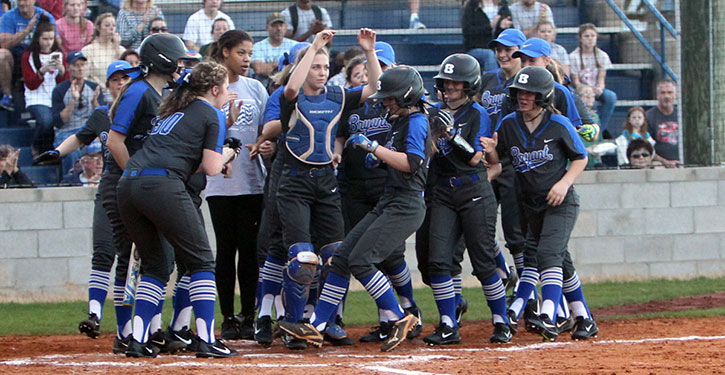 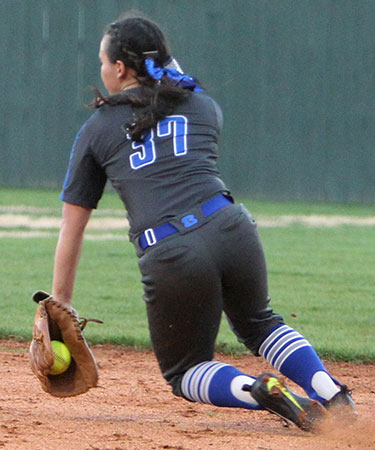 Freshman Gianni Hulett slugged two home runs and sophomore Meagan Chism smacked a round-tripper as the Bryant Lady Hornets pounded out 13 hits in an 11-1 win over the Sylvan Hills Lady Bears in a pre-season contest at the Lady Hornets’ Yard on Thursday.

Hulett, the Lady Hornets’ pitcher, had more hits that she gave up as she limited the Lady Bears to just two singles. Hulett had four hits including a triple. Macey Jaramillo added three hits and she had a triple as well.

Hulett fanned nine in six innings and surrendered three walks. The lone Sylvan Hills run was unearned. It came in the top of the sixth after the Lady Hornets had already built a 9-0 lead.

“I’m pleased,” said Lady Hornets coach Lisa Dreher. “She was able to throw the whole game but she just threw too many pitches. We’ve got to cut it down and get focused before the count goes too deep. Sylvan Hills has some good hitters, though, and she kept them off balance for the most part. 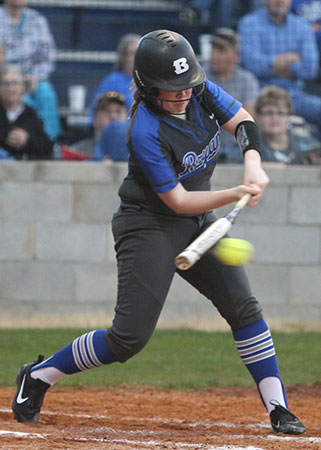 “I was proud of them offensively,” she added. “We had good base-running. But we’ve still got some things to clean up on defense, especially on cuts.”

The Lady Hornets set down the first six Sylvan Hills batters then Hulett worked around a pair of walks and a two-out single in the third. Chism, the Bryant catcher, helped by throwing out the lead runner when she tried to steal second.

Meanwhile, the Lady Hornets were building their early lead. In the first, Jaramillo lined a one-out single to center. With two down, Hulett belted the first pitch she saw for a two-run dinger.

In the second, Madison Lyles led off with a base hit up the middle and Brooklyn Trammell’s bloop single to right sent her to third. Moments later, Chism blasted her home run to center, a three-run shot that made it 5-0.

Maddie Stephens kept the inning going by reaching on an error.  She stole second and, with one down, scored on Jaramillo’s triple. She then snuck home as well when the Sylvan Hills pitcher stop things by getting into the pitcher’s circle. 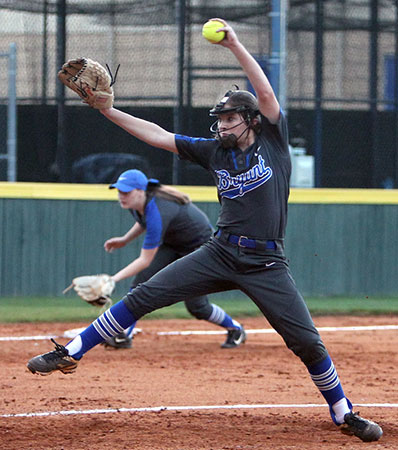 With two down, Hulett drilled a 3-1 pitch over the boards in right to make it 8-0.

Lyles led off the third with her second hit. Trammell bounced her second knock up the middle. Lyles scampered to third on a flyout by Chism then scores on Stephens’ groundout.

Hulett tripled to right with two down in the home fourth but was stranded.

After the Lady Bears scratched out their run in the top of the sixth, Bryant made it a run-rule win in the bottom half. Jaramillo singled with one down but was forced at second on a grounder off the bat of Sarah Evans. But Evans stole second and Hulett singled her to third. Hulett swiped second then followed Evans home on Gabbie Bonvillain’s hit to left.

The Lady Hornets’ junior varsity team will play on Monday at Cabot then Tuesday against Beebe. The varsity schedule officially gets underway on Friday, May 3, at White Hall. 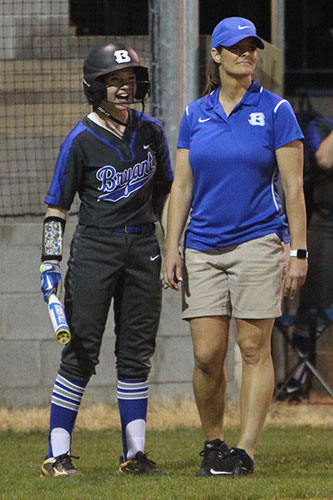 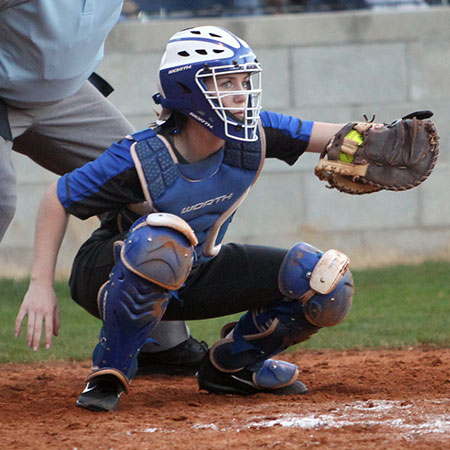