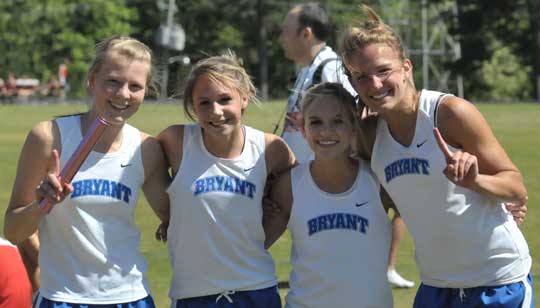 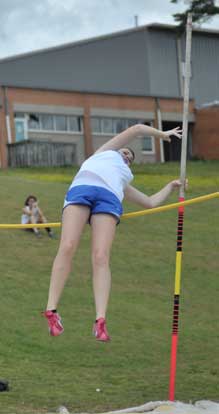 “I had projected that we could score around 100 points and we almost surpassed that,” commented Lady Hornets coach Danny Westbrook. “I had hoped that it might be enough to possibly win, but Conway just had too much firepower in the sprints for us to overcome. I am really proud of how hard our girls competed.”

The Lady Hornets had two event conference champions at the meet. Chadwick won the 300-meter hurdles in a very close race over her teammate, Seelinger. Chadwick’s time was 48.2 with Seelinger second at 48.3.

Also, the 4×800 meter relay team of Kayla Randolph, Skylar Oswalt, Lauren Rogers, and Stacy Emmerling earned a conference title with their victory in a time of 10:41.

“Even though we didn’t win the conference team title, the top six finishers in each event qualify for the State meet,” Westbrook noted, referring to the Class 7A meet at the University of Arkansas in Fayetteville on Thursday, April 29. “We had 17 athletes qualify for State. I think we will have several girls that have an opportunity to do extremely well up at Fayetteville. The meet will be on the University of Arkansas’ world-class track. It is a very fast surface and should produce some really good times and performances.” 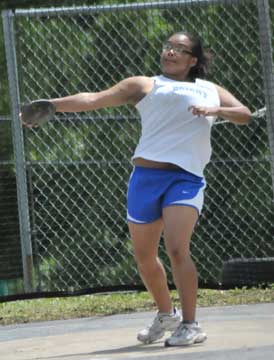 Chadwick and Seelinger also qualified for State in the 100-meter hurdles. Chadwick finished second in a time of 16.1 and Seelinger was sixth in 17.3.

Kayla Davidson qualified in both the discus and shot. In the former, she finished second with a throw of 97-10. In the latter, she was fourth with a toss of 32-11.

Lauren Magneson qualified in the high jump. She cleared 4-8 to finish fourth.

Bryant also picked up points from Karlee Porter in the pole vault (eighth, 7-6), Chandria Gamble in the triple jump (eighth, 27-11) and Autumn Rouse in the discus (80-10). 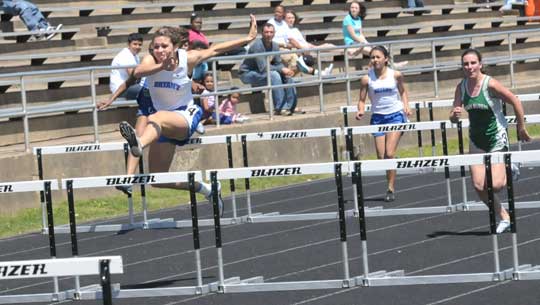