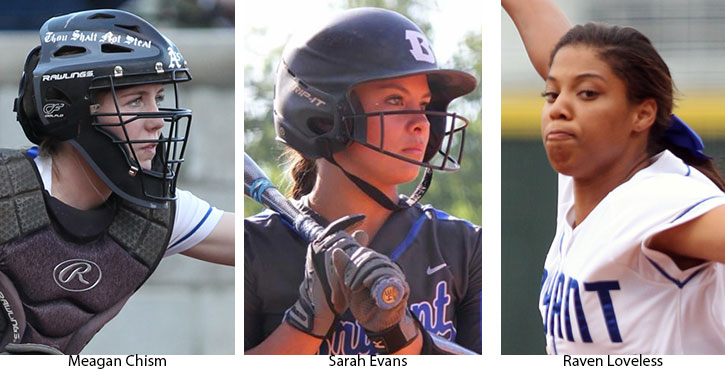 LITTLE ROCK — Seniors Sarah Evans and Raven Loveless along with junior Meagan Chism have been named Class 7A All-State and all-conference in the 7A-Central for the Bryant Lady Hornets.

The Lady Hornets won their second consecutive Central Conference championship, going 27-1 in the league over the last two seasons. They were 28-5 overall and reached the semifinals of the 7A State tournament before losing to eventual runner-up Bentonville West, 3-2.

Evans, the team’s shortstop, hit 4.38 on the season with a team-high slugging percentage of .732 with 19 doubles, a triple and four homers. She led the team in runs scored with 37 and runs batted in with 41. In 112 at bats, she struck out just three times.

Loveless, the team’s primary pitcher particularly after a season-ending injury to Hulett midway through the campaign, went 16-4 with a 1.53 earned run average. In 137 innings, she walked just 28 and struck out 65. At the plate, she hit .382 with six doubles and two homers. She scored 24 times and drove in 24.

Chism, the team’s catcher, led with a .467 batting average and a .500 on-base percentage. She finished with six doubled, a trip, four homers, 22 runs batted in and 31 runs scored. In 105 at bats, she never struck out.

Ryan, who set a state record for singles in a career, batted .451 on the season, second only to Chism. She had 46 singles. She scored 36 times, second only to Evans and stole nine bases, only one behind Thompson’s team-high 10.

Herring played second and first. She hit .403 with 19 runs batted in, with three doubles, two triples and a homer. 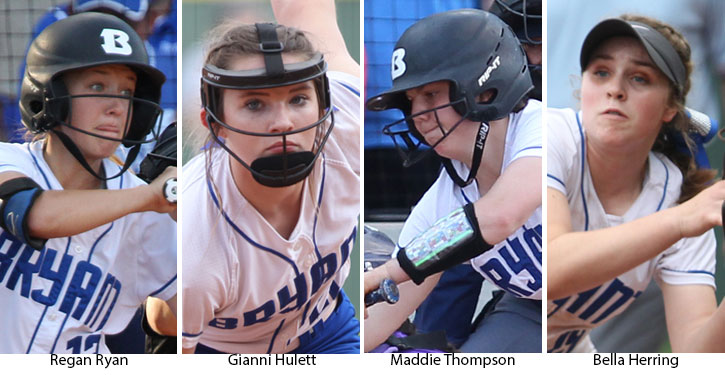