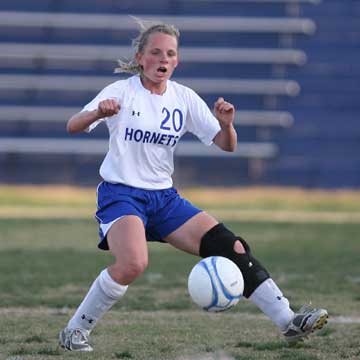 The Bryant Lady Hornets’ six-game winning streak came to an end Tuesday night as they fell 2-1 to the 7A-Central Conference leading Lady Wampus Cats of Conway.

Bryant keeper Kaitlyn Miller ended the night with five saves. The two goals against the Lady Hornets came in the first half. The first came with 10:49 left. The second with 4:53 to go off a free kick.

After that, nothing else was getting near the back of the net. Miller stopped a beautifully kicked ball at 11:24 in the first that was curving away from her.[more] 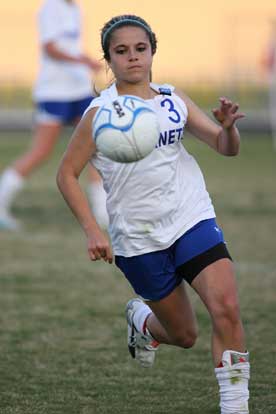 In front of Miller were a group of girls that really turned it up a notch. Sarenity Gomez stopped a goal from happening at 21:12 in the first half. Her speed played a big part in the game. London Abernathy, Katie Moore and Lauren Reed played a big game too. Maggie Hart and Lyndsay Brazil were there to fill in the gaps when Conway were pressuring. Hart was able to deflect a hard throw-in that was directed towards three Lady Cats inside the six-yard box and then was able to chase it down and clear it all the way past midfield.

Now, the Lady Hornets did have trouble in the first half on both offense and defense. The majority of the first half was played on their side and only one shot was taken against the Conway keeper. But all that changed after halftime.

And that's what they did. The girls came out with a fire lit under them. 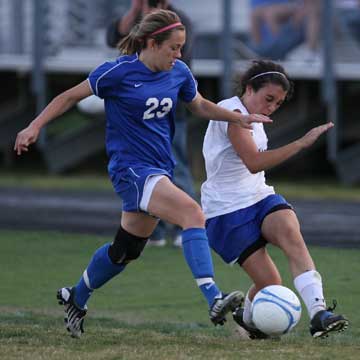 "Conway is a phenomenal team,” Long added, “It just showed that we can play with anyone."

The second half also saw the offensive side pick it up. Pressure was being put on Conway’s defense by Shelby Gartrell and McKenzie Adams. Tarra Hendricks was doing her normal thing, getting inside the heads of the Lady Wampus Cats, being physical, showing that the field still belonged to the Lady Hornets.

At 34:42 in the second, Hendricks sent an arching kick from 35 yards out that was able to find the back of the net. The Conway keeper made the mistake of coming out too far and Hendricks was able to take advantage of it.

That goal was the first time the Lady Wampus Cats have been scored on in conference play, just the second time all season. The only other team to score on them was Fayetteville.

The Lady Hornets are still sitting in third place behind Conway and second-place Little Rock Central. With the State tournament just weeks away, Tuesday’s loss will show that the girls have to play like they did in the last 40 minutes all 80 minutes.

Now 13-7 overall and 7-5 in league play, the Lady Hornets travel to Cabot on Thursday before celebrating Senior Night in their final game of the regular season on Tuesday, April 27, against North Little Rock.