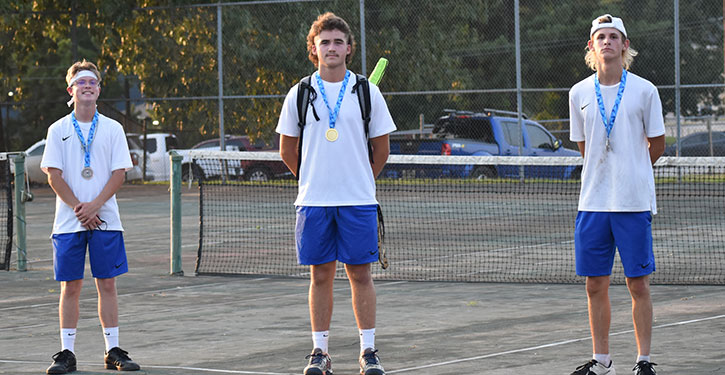 The Bryant Hornets tennis team engaged in a preseason showcase Thursday, competing against each other and the duo of Connor Martin and Caleb Greiner emerged as the top players.

The Lady Hornets were scheduled to play in a showcase today at the BHS courts, weather permitting.

The team, as a whole, is prepping for the start of the 2020 season. The Lady Hornets will play Mount St. Mary Academy at Rebsamen Park on Tuesday, Aug. 18. The Hornets’ first match will be against North Little Rock at Burns Park on Thursday, Aug. 20. The girls will compete in that match as well.

Martin and Greiner went 1-2 in singles play on Thursday. Then, they combined to win the doubles competition. Nick Skiavo was third in the singles play. He combined with Corwin Martin to finish second among the doubles teams. Pablo Garcia and Zack Cookus were third.