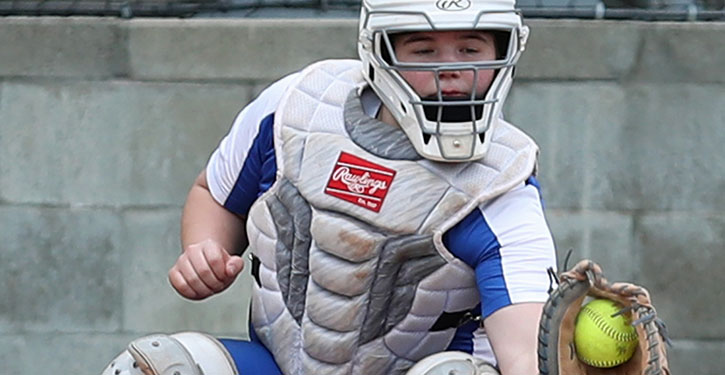 On the heels of Leah Hicks’ one-hit shutout against Mount St. Mary’s, Christine Mefford fired a one-hit shutout of the Glen Rose Lady Beavers as the Bryant Lady Hornets breezed to an 18-0 win in five innings to open the South Central Showdown at Bishop Park on Friday evening.

The Lady Hornets will advance to play on Saturday at 12:15 p.m., against the winner of a Saturday morning game between DeQueen and Poyen.

On Thursday against Mount, the Lady Hornets had six extra-base hits including three homers. On Friday, they got six more for extra bases including four homers, one each for Marissa Bracey, Regan Dillon, Bella Herring and Alissa Suarez. Emma Bonvillain the Abby Gentry socked doubles.

Mefford walked one and struck out one. The lone hit she surrendered was a single to lead off the bottom of the fourth.

Bryant scored five runs in the top of the first. Macy Hoskins walked to start the game. She stole second then third before Caitlin LaCerra hit a comebacker to the Glen Rose pitcher, who misplayed it as Hoskins scored.

LaCerra swiped second and scored when Gentry’s grounder resulted in a wild throw to first. Gentry stole third and scored on a Suarez single up the middle.

With one out, Herring singled in a run, taking second on a late throw home. An infield hit by Bonvillain kept the inning going to Mefford, who stroked an RBI single to center to make it 5-0.

Herring led off the top of the third with her solo blast. With one out, Mefford beat out a bunt hit. She stole second and, on a throwing error, sprinted all the way home to make it 7-0.

The first baserunner for Glen Rose came in the bottom of the third after Mefford and the Bryant defense had retired seven in a row. An error broke the string, but they started another one as the next two batters were retired.

Gentry singled to start the fourth-inning uprising. Suarez beat out a bunt hit and a wild throw down the right-field line allowed both to circle the bases.

Dillon singled and was sacrificed to second by Herring. Bonvillain then doubled her in. Mefford’s single chased in Bonvillain to make it 11-0. A two-out error on a grounder off the bat of Bracey got Mefford home.

A single and an error had two runners aboard for Glen Rose in the bottom of the fourth. But Dillon, the Bryant catcher, picked off the lead runner. A pop out to Kallee Nichols at short then a tap back to the pitcher concluded the inning.

Gentry’s double started the fifth. Suarez belted her home to make it 14-0. Dillon cracked her second homer in as many days and later Bracey unloaded for a three-run shot to complete the rout.

Glen Rose managed a one-out walk in the bottom of the fifth before Mefford retired the last two.

Suarez and Herring both wound up with three hits as Bryant, now 6-2, hammered out 18 in all.