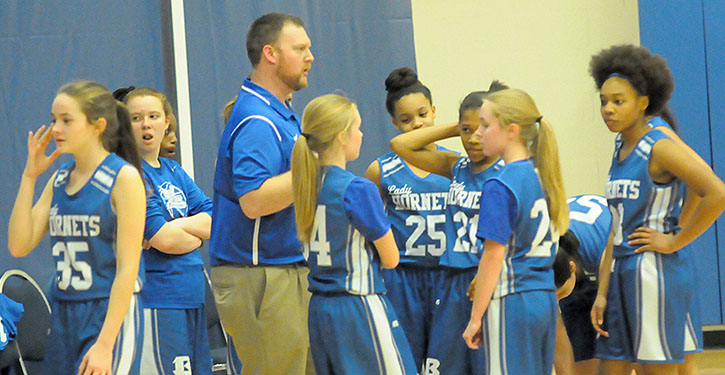 NLR Blue’s size too much for Bryant White 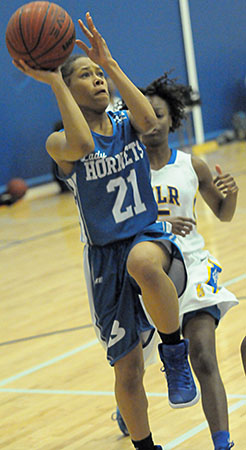 Jaiyah Jackson goes up for a shot. (Photo by Kevin Nagle)

NORTH LITTLE ROCK — The Bryant White Lady Hornets eighth grade team of Bryant Middle School have, at times, overcome a height disadvantage by shooting well but, on Monday night against the North Little Rock Blue Lady Charging Wildcats, the shots weren’t falling. North Little Rock used its height advantage effectively on the boards and wound up with a 30-16 win in an auxiliary gym at North Little Rock High School.

The Lady Cats rushed to a 9-2 lead by the end of the first quarter and held a 17-5 lead at the half.

“We were outmatched and our height disadvantage was evident early on,” said Bryant coach Ben Perry. “We had 16 turnovers compared to their 14 which, although too many, was not our detriment. We were out-rebounded offensively and defensively.

“We were also cold in shooting,” he acknowledged. “We only hit 4 of 40 field goals the whole game, all in the second half. The only 5 points we scored in the first half came from free throws. They were all taller than us and it altered our shots and shot selection to the point that nothing was falling for our offense. Although we came back in the fourth it was too late the damage had been done.”

It was 27-9 going into the fourth quarter before the Lady Hornets outscored North Little Rock 7-3. 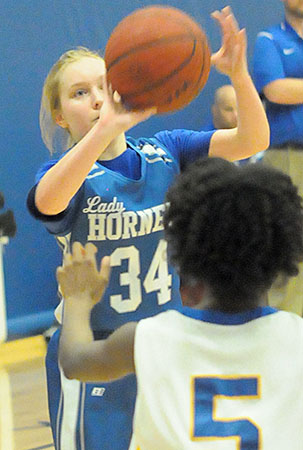 Kaitlyn Weng and Lauryn Taylor each had 6 points. Lexi Rose and Caliyah Thomas added 2 each.

“I think the girls came out of the locker room a little timid and intimidated by the size and athleticism of North Little Rock Blue,” Perry said. “Yes, we were much shorter than them but their size didn’t account for us not running our offensive sets.

“On a positive note, we were able to beat their press which has been an area we have struggled with against North Little Rock,” he mentioned. “We did keep the score closer than last time. I feel that we had decent looks at the basket and, with 40 attempts at shooting, if we had some of them fall the score would have been closer. It was a bad night to have an off night in shooting.”

The Lady Hornets will visit Bethel Middle School in their next outing on Monday, Jan. 30. They’ll visit Russellville on Thursday, Feb. 2 then close out the season on Feb. 7 at Lake Hamilton.

“I know with hard work and practice the girls will be ready to play their next game and can finish the season strong,” Perry said. “It pushes our record back to 7-6, which is a record with three of the losses by 2 points or less with one in overtime. I am proud of the girls not giving up and I know they will put on a better showing next week.” 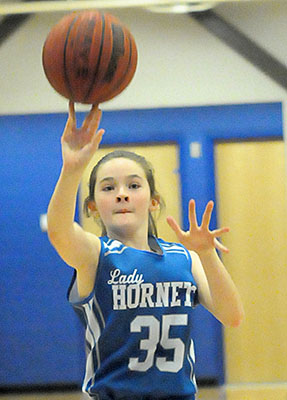 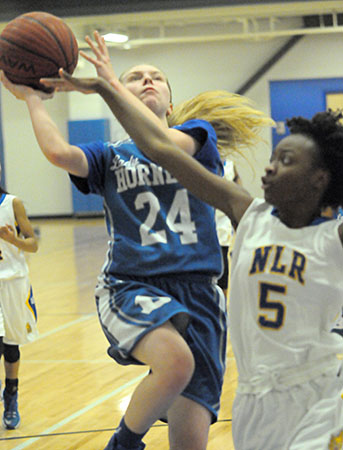